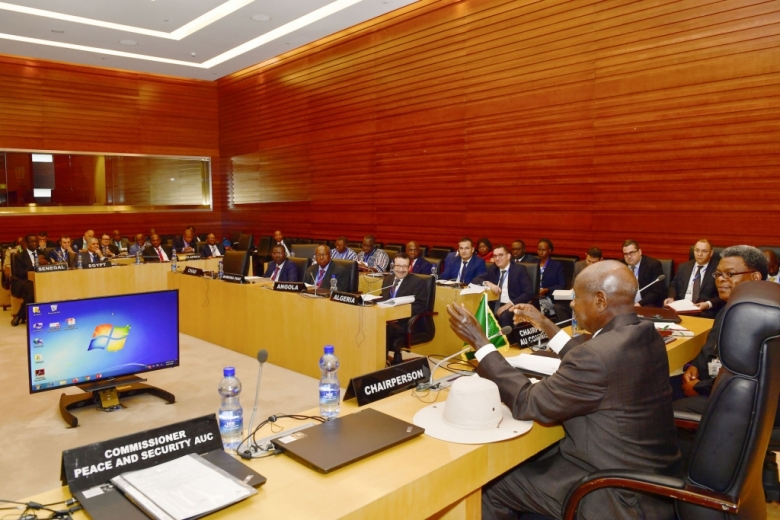 Chairing the meeting on African Capacity for Immediate Response to Crisis this morning, I made the case for the need to harmonise the African Standby Force, an urgent and necessary step for Africa's self defence system.

In the past, concerted efforts by those who were willing and capable has delivered victory against imperialist forces to our people across the continent. This goes far back as 1963.

Unfortunately, the spirit has continued to dwindle, resulting in the shameful and direct affront on Africa again, even against the express advise of the African Union.

In Libya, I am personally ashamed that a committee of African Heads of State, mid-air to Libya to hold discussions with President Gadaffi and opposing factions, was told to turn around because NATO had made the decision to start bombing Libya. This is not to speak of what the current reports are saying about Mali, Niger, Libya, Sahel and so on.

In Somalia, a few of us decided to move in on the Al-Shabab and we have delivered over and above, amidst challenges. This clearly demonstrates that Africa has the capacity to solve many of its problems, which requires a sustainable and multi-pronged approach to support the effort itself and the gains thereof. The need, is more urgent now, than before