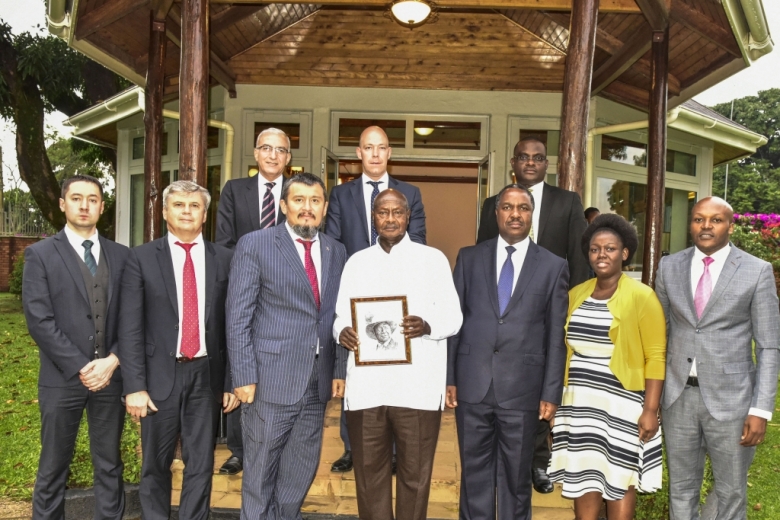 President Yoweri Museveni has welcomed the idea of a Russian-Ugandan Intergovernmental Commission on Economic Scientific and Technological Cooperation saying it will boost industrial development in Uganda through the use of space technology in carrying out research.

While meeting a five man delegation from the Russian-Uganda Intergovernmental Commission on Economic, Science and Technical Cooperation, President Museveni advised that efforts be put on research development in areas of mineral resources, environment, agriculture, land use, national parks as well as developing local human capital and monitoring utility networks among others.

The Russian ambassador to Uganda Alexander Polyakou Dmitrievich as well as Uganda’s Minister for Science, Technology and Innovation, Elioda Tumwesigye and other government officials also attended the meeting, which was held at State House Nakasero yesterday.

President Museveni also observed that the development of space science is fast advancing saying the country needs this technology to help in other special areas like frontier border security monitoring.

He said that the space science should also be extended to human resource capacity saying that human resource training being crucial should start right away.

He also noted that scientific detection, what he called ‘remote sensing’ of minerals beneath the earth, forests, wildlife and crops provide a complex of combined line of site like it has always been identified in telecommunication systems.

The President further advised that the space technology installation should also address the components of accuracy capabilities in detecting minerals as also exhibit strong penetration through the clouds and forest canopies.

The Russian Head of delegation Andrey Rashin said that the investment has a comprehensive approach that requires a joint effort of working together with Uganda government by putting resources together to build a national space technology research Centre in Uganda in collaboration with the leading University of Russia in Science and Technology.