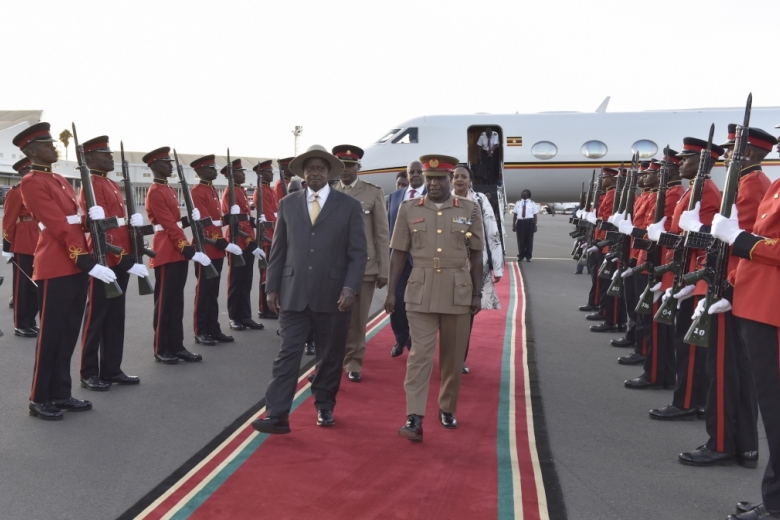 President Yoweri Museveni is in the Kenyan Capital Nairobi, for a two-day special summit on durable solutions for Somali Refugees.

President Museveni joins other Heads of State under the Intergovernmental Authority on Development (IGAD), an eight country trade bloc that includes governments from the Horn, Nile Valley and the African Great Lakes to seek sustainable solutions to the Somali Refugee crisis.

During the 28th Extra-Ordinary Summit of IGAD assembly of Heads of State and governments held in Mogadishu Somali in September 2016, the regional leaders decided to convene the refugee summit this year.

More than two million Somalis have been displaced in one of the worlds’ worst displacement disaster now in its third decade. According to reports, 1.1 million people are internally displaced within Somalia while nearly 900,000 are refugees in the region including 324,000 in Kenya, 241,000 in Ethiopia, 255,000 in Yemen, 39,500 in Uganda and 13,000 in Djibouti.

It is hoped that the summit will galvanise recent developments at national, regional and global levels supported by the international solidarity and renew efforts to find durable and sustainable solutions.

The summit organized in collaboration with the office of the United Nations High Commissioner for Refugees (UNHCR) and supported by the European Union will also discuss and seek solutions that support infrastructure and stabilization in Somalia to ensure sustainable reintegration.

During his stay in Nairobi, President Museveni is expected to hold side bilateral meetings with President Uhuru Kenyatta of Kenya and the new Somali President Abdullahi Mohamed Farmajo among other leaders.