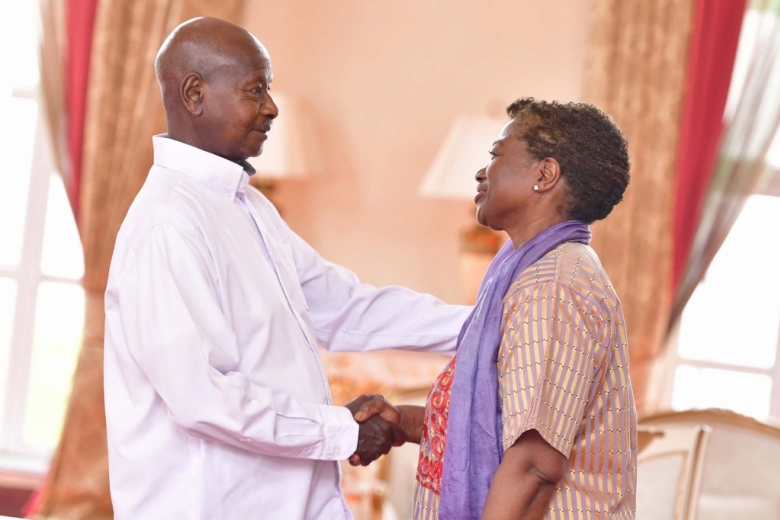 President Yoweri Museveni has re-emphasized the need for African Governments to emphasize transformation of their societies in order to address the challenges of gender equality along with other pertinent issues of gender-based violence.

The President was speaking to a delegation of the United Nations Population Fund (UNFPA) led by the Fund’s Executive Director, Dr. Natalia Kanem, who called on him at State House, Entebbe.

During the meeting that was attended by the 1st Lady and Minister of Education and Sports, Mrs. Janet Museveni, the President noted that one cannot keep a pre-capitalist society and at the same time be able to achieve gender equality as well as other development goals.

He stressed that by working on issues that transform society, such as education, health, socio-economic and prosperity of the people, challenges that face the population would automatically be addressed.

“In the past, having many children was insurance and a blessing from God because others would die due to diseases,” he said.

He noted that this time round, a mother can have children because they will not die of preventable diseases any longer,

Dr. Kanem, on her part thanked the President for the commitment towards the elimination of the challenges that face the young generation, especially the girl child.

She commended his stand at the recently concluded Nairobi International Conference on Population with regard to socio-economic transformation in societies to achieve gender equality as well as elimination of obstacles that inhibit the empowerment of the girl-child.