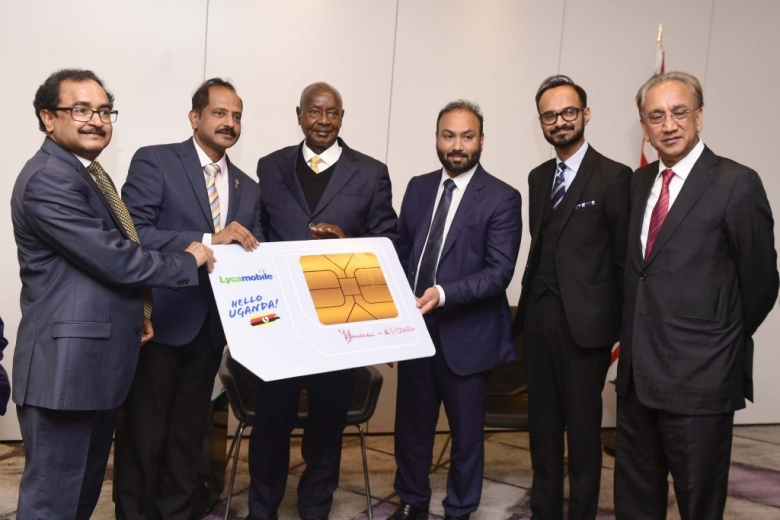 President Yoweri Museveni has urged investors to report government officials who seek bribes, saying punitive action will be taken against those found guilty.

"We have launched a campaign against the corrupt. It is easy to root out this evil. The public hates them. All we need are facts. We are discouraging anyone who pays bribes. Don't deal with crooks," said the President.

President Museveni made the call in London as he addressed leaders of over 70 British companies at the UK-Uganda Business Forum at the Double Tree Hilton Hotel in Central London.

The President is in London on a four-day official visit where he took part in the inaugural UK-Africa Investment Summit. The business forum was organised by the Uganda High Commission, supported by Lord Dolar Popat, the UK Trade Envoy to Uganda.

Making a case for Uganda as an ideal investment destination, the President said corruption, especially by government officials, had become a "bottleneck" to development and the whip was being cracked.

Appealing to investors to support the government in stemming the vice, the President said the identities of the whistleblowers would be protected if they felt threatened.

"We are suppressing corruption but we need facts to totally eliminate it. Please notify me; let's lay traps for them. We shall protect your identities, you can speak to your high commissioner who will get to me," he said.

Without divulging details, the President said he had stopped award of contracts to investors thought to have paid bribes to government officials in a project involving a dam and the Jinja Expressway.

In the agricultural sector, the President asked the investors to consider tapping chances in juice processing, starch from maize and cassava for medical products, tea and coffee processing, fish and animal products, dairy products among others.

Uganda already produces 10 million metric tones of bananas, 5 million tones of maize, 2.5 billion litres of milk, said the President, who pointed out that production could actually go up with more investment and efficient technologies.

Explaining how the establishment of a ceramics tiles manufacturing company in Kapeeka had greatly stemmed the importation of tiles, President Museveni said immense opportunities existed in Uganda.

"We are making the tiles in Uganda and saving $40 million per year. Yet the tiles are of good quality, cheaper and now being sold across the region," he said.

Besides agriculture and minerals, President Museveni said the other investment base was tourism, given Uganda's perfect all-year round weather, two rainy seasons, a temperature avaraging 18-28 degrees, among other attributes.

He said: "You do not need to warm or cool the air using gadgets like I see it happening here and other places. The birds of Europe knew this long ago, reason they fly to our part of the world during winter. It is amazing some people do not know this."

The other openings for investors, explained President Museveni, exist in manufacturing, machine-making, services in healthcare, insurance, financial sector, consultancy and others.

The President saluted Asian-Ugandans, most of who were exiled to the UK after Idi Amin expelled them in 1972, for supporting Uganda's industrialization, especially in sugar manufacturing.

He challenged the British investors to find proper spectacles to help them see opportunities, just like the Chinese were doing.

"The British tend to make good quality products. They should take the advantage of the natural resources we have and market to set up shop in Uganda.

The market, elucidated the President, included the 42 million Ugandans and the 170 million East Africans plus the 390 million people that make up the Common Market for East and Central Africa (COMESA).

Singling out textiles, the President said the USA places about 35% tax on textiles from external markets, which means those originating from Uganda already have that cost advantage since they are tax-free.

The President pointed out that Uganda's economy had been steadily recovering and growing since 1986, with now 4,900 factories setting up base in the country.

This he said was because besides guaranteeing peace and stability, the NRM government had overseen the establishment of critical infrastructure like roads, dams and skilling the labour force.

"Uganda has good tarmac roads now. You can move from one border of the country to another on smooth, first class tarmac, across the six points of the compass," he said.

About energy, President Museveni said the target was to ensure manufacturers buy each unit of electricity at 5 US cents, down from the current 8 US cents, which had also come down from 10 cents.

Transport challenges were being resolved too, with the main challenge currently being the cost of money.

"The banks are charging extortional interest rates between 17-20% or even more. However, we have our Uganda Development Bank, we are capitalizing it to support manufacturers and tourism, not for importation of whiskies, perfumes," he said.

Lord Popat thanked President Museveni for meeting the corporate executives, announcing that once Brexit is concluded, 80 percent of goods from Uganda to the UK would be duty-free.

He requested the President to consider opening a central bank branch in London to facilitate trade.

He also observed that once the revived Uganda Airlines acquired the bigger Airbus aeroplanes, with capacity of 40 tonnes, trade would go up, especially fruits and agriculture products finding their way to British markets.

At the close of the forum, the President also autographed a dummy sim card of the British telecom, Lycamobile, that launched its operations in Uganda just last week.