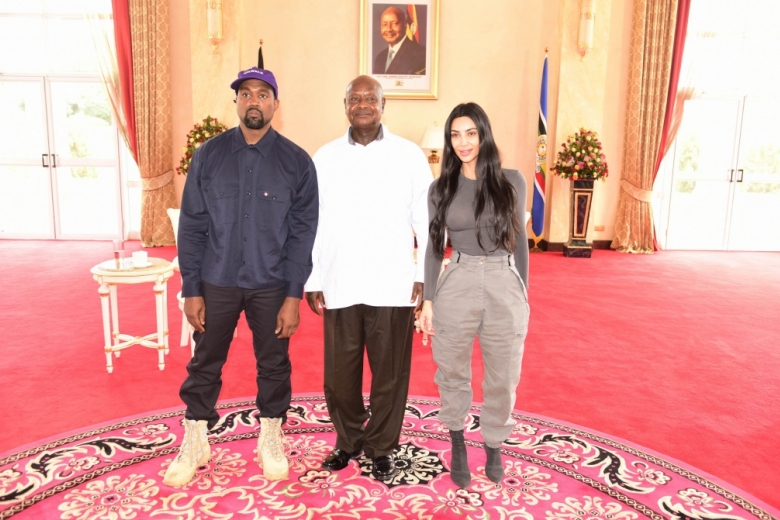 President Yoweri Museveni has met with the visiting American rapper, Kanye Omari West and his wife, Kim Kardashian, who paid a courtesy call on him this morning at State House, Entebbe.

The American couple discussed with the President issues related to investment potential in Uganda and Africa in general, especially in the areas of tourism, among other vast areas of interest.

President Museveni welcomed the couple to Uganda saying the country is for all the people.

“This is the source of human life, even the whites originally came from here” he said.

President Museveni assured the couple of his support to them so that their potential is exploited to the maximum during their current visit to Uganda in order to enhance Uganda’s potential as the best tourism destination for Americans. He gave the couple souvenirs; a book showing Uganda`s tourist attractions.

The visiting couple was excited by the Ugandan Names given to them by the President where Kanye West received the name of Kanyesigye while his wife was named Kemigisha meaning the one with blessings from God.

The American rapper on his part expressed happiness at being in Uganda describing it as his second home. He said that he will put up a world class tourism school in the country saying it will be a foundation of tourism not only in Uganda but the East Africa region in general.