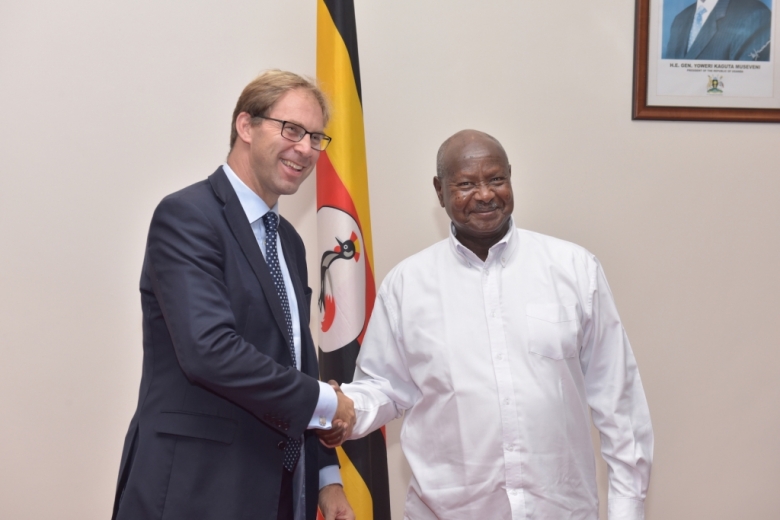 During the meeting that took place yesterday at State House, Entebbe, the President and his guest discussed matters pertaining to regional security, political, economic and development matters.

The President told the British Minister and his delegation that the African Mission to Somalia (AMISOM) has defeated Al Shabab and, therefore, the task at hand is to embark on minimum economic recovery in Somalia adding that stabilizing and forming a national Army in that country remains in the hands of the Somali government and its nationals.

“AMISOM is an organic part for security and stability of Somalia from which the country can learn from and form a national Army. The Somali elite, those in the diaspora and the locals should federate and dialogue ideologically to have their country stabilized,” he emphasized.

The President appreciated the British government’s idea of protecting the environment in Uganda through planting trees on hill tops such as apples and oil producing trees that are of economic benefit and sustainable. He discouraged Ugandan farmers from practicing agricultural activities in wetlands.

“It’s a danger to deplete the wetlands. Wetlands form 40% of local moisture for rain formation. 60% comes from ocean moisture. This requires quick intervention,” said the President.