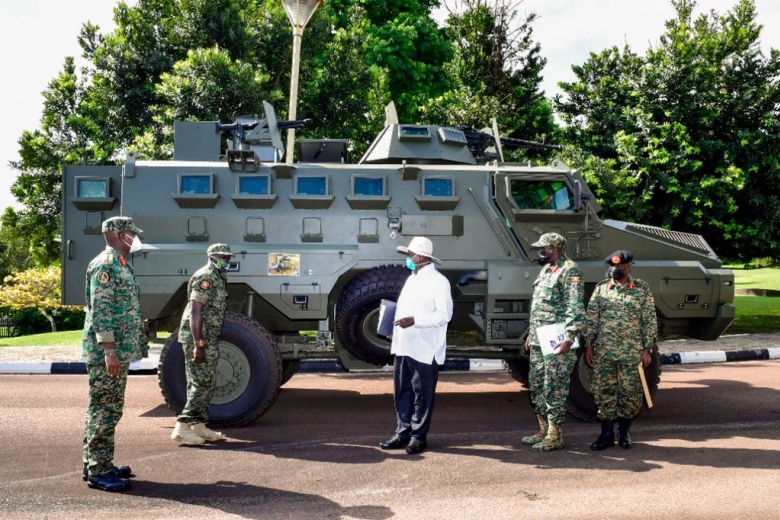 “I am happy that you are towing this line. Uganda spends over $550 million each year on importing vehicles from Japan and Europe. All the money we get from selling coffee, which is about $500 million, goes back to Europe through the importation of vehicles. This must stop,” he said.

The ceremony was held at State House Entebbe where the vehicle was unveiled and was attended by the Commander Land Forces Gen. Muhoozi Kainerugaba.

UPDF Motorised Infantry (MOI) is a specialised Brigade under Land Forces, with Infantry fighting vehicles (IFVs) as its basic equipment. It forms an important element of the army in combined arms and an essential assaulting power of the UPDF.

In joint operations, Motorised Infantry supports Infantry but it can also operate independently. Motorised infantry‘s role is to provide its technical and combat capabilities of its equipment to deliver fire power, shock action, Armour protection, Mobility and manoeuvrability during combat. The Brigade is headquartered in Nakasongola District, 120 km north of Kampala city, on Kampala – Gulu highway.