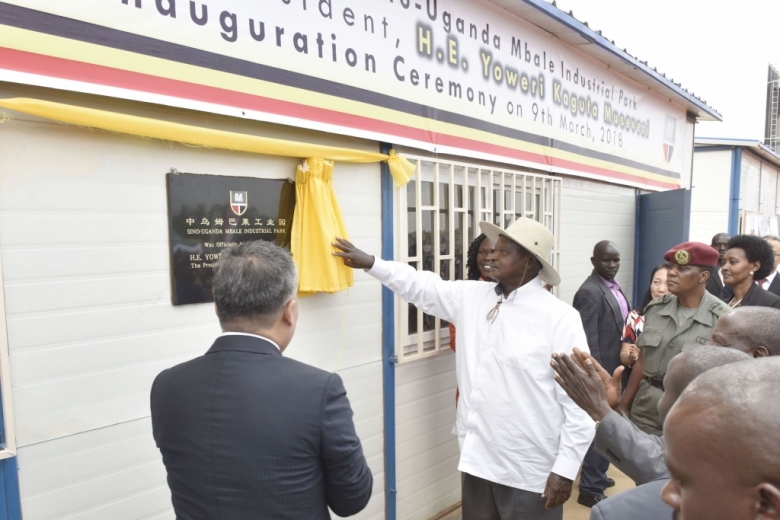 Commissioned the Sino-Uganda Industrial Park in Mbale. Once fully operational, the park will house 55 factories, creating over 15,000 jobs, mainly for the local population.

Whereas Africa is immensely blessed with resources, there is still poverty (budambi) because people are still sleeping (kugona). Previously, this "kugona" was partly caused by governments that were killing its own civilians. We resolved that.

But the "kugona" is still here. Look at our major towns; Mbale, Soroti, Gulu, Mbarara, Jinja or even Kampala. They are full of grocery shops and supermarkets. All they do is sell. There is no manufacturing.

So, what is happening in Mbale today is ukhwinyuka (waking up). We now want industrial towns, not towns of shops. Shops do not create jobs but factories do.

Initially, the NRM government had the task of stabilizing the country and thereafter building infrastructure like roads, electricity to support industries. That is the NRM way, steady but sure. We are also going to build the railway.

The first factory to be set up here in Mbale will be one making glass. We have been importing glass for the construction industry, making bottles etc. All this will now stop as we make our own glass here.

And once our factories begin work, we must support them. For example, I have now made it a rule that all my shirts must be made in Uganda. I do not wear shirts made outside Uganda.

Finally, l request the squatters still staying on the park's land to leave. This land belonged to the Bugisu Cooperative Union, which the government paid. It also paid the squatters. Let us vacate the land to let development happen.