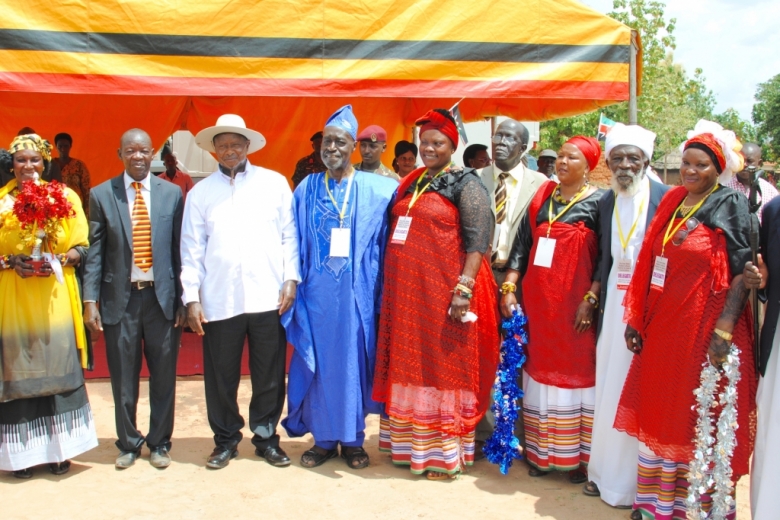 President Yoweri Museveni has urged the Nubian community in the country to exercise respect for the indigenous communities with whom they live.  He said that he did not have any problem with the Nubian community as they shared similar characteristics with the Kiswahili-speaking people that inhabit the coastal regions of East Africa.

“We had no problem while making the constitution with recognizing them as citizens of Uganda,” the President remarked.

The Nubian community festival in Adjumani that drew members from East and Central Africa, was attended by delegates from Kenya, South Sudan, Uganda and the Democratic Republic of Congo (DRC). The sole purpose of the festival is to unite and promote the Nubian culture. Last year’s festival was held in Mombasa, Kenya.

President Museveni who contributed US$10,000 (Ten thousand American dollars) said that traditionally Africa did not have a concept of refugees adding that the term ‘refugees’ is alien. He reiterated that in his view, when people migrate it is a good and positive thing because they come with new skills and new ways of doing things, that they teach the indeginous communities.

He told the gathering that it was the Nubians (Banubi) of Mbarara that taught the Banyankole how to trade after having found the Banyankole predominantly occupied with cattle keeping.

Mr. Museveni advised people to avoid being greedy especially in matters of land because there are always land disputes between the indigenous people and the immigrants. He advised the immigrants to always first consult before they choose to use the land. He further encouraged them to avoid ganging up during political activities but rather participate in economic activities like setting up small-scale industries that will boost their well being.

1st Deputy Prime Minister and Deputy Leader of Government Business in Parliament, Gen. Moses Ali, thanked President Museveni a historical landmark by attending the festival. He reported that the Nubian community will forever be appreciative for having been accepted as legitimate citizens of Uganda.

Gen. Ali added that the Nubian community is now an integrated community and has contributed to the political, social and economic transformation in the respective countries where the Nubians have settled.

He challenged the Nubian fraternity to continue preserving the culture of their fore fathers and to pass it on to their children.