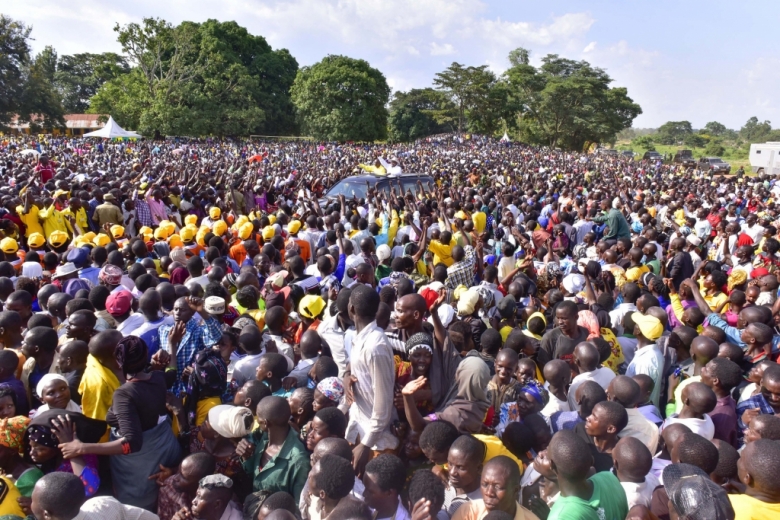 President Yoweri Museveni has described the National Resistance Movement (NRM) as a Party that always seeks to improve the living conditions of the rural population through education and sensitisation.

“NRM Party from the beginning was a Party of educating people not looking for votes and telling lies,” he said.

The President commended the people of Tirinyi for overwhelmingly supporting NRM in the 2016 general elections. The Sub-County registered the highest vote for the NRM in the 2016 General Elections in the whole of Kibuku District.

President Museveni, however, emphasized the need for the people of the area to concentrate on creating wealth in their homes in order to meet modern demands.

“Wealth is in the home while development, such as infrastructure, is outside and for every body,” he noted.

He advised them to abandon the traditional mode of doing things in favour of modern one ways saying that modern challenges require modern solutions.

President Museveni cautioned the people of the area against destroying wetlands by growing rice. He urged them to use the outer ring of the swamps for fish farming.

On his way to Tirinyi Sub-County, President Museveni stopped at Kibuku District Headquarters where he commissioned a medical store block and laid a foundation stone for the construction of the medical planning offices.