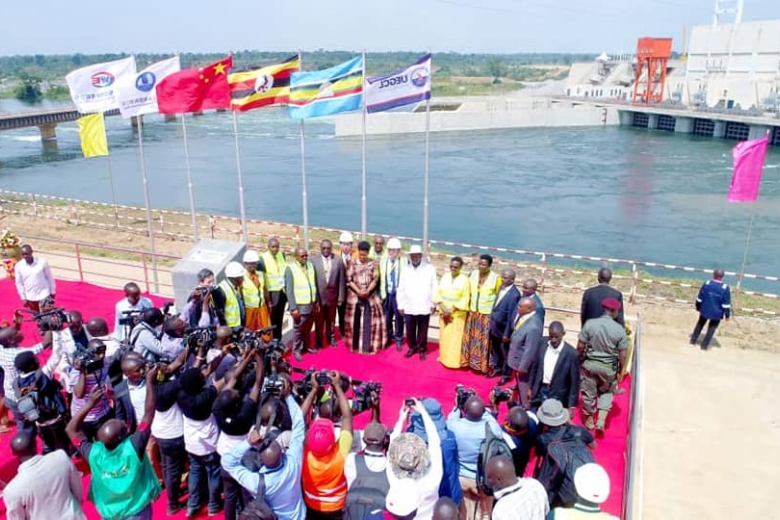 At 2.30pm today, I turned on the switch to officially commission the 183MW Isimba Dam, bringing our national electricity generation to 1,167MW from the current 984MW.

The NRM government is committed to putting in place infrastructure to spur Uganda's growth. This is gradual but we shall get there. We started with peace, then education, immunization, we are working on roads and now these dams. It is an era of big projects.

By June, we shall have power in Kaabong, one of the few places in Uganda not connected to the grid. Besides electricity, the government is also moving to make the cost of transport cheaper. Once the Standard Gauge Railway is done, transport costs will come down by 60%.

The big challenge now is the banks which lend money at high interest rates. But through the Uganda Development Bank, we shall offer low interest rates to those in the hospitality (hotels) industry, manufacturers, farmers, and those in the tourism industry.

Because the idea is to spur growth, this money will only be available to those who are helping us generate revenue not those importing products from abroad.

Infrastructure is a country's wealth, but it is not important if you remain poor. Citizens must take advantage of infrastructure to improve their livelihoods. For example, those with land should practice commercial farming and use the roads to transport products.

I was informed that this Isimba project was hampered by ill mannered people who chose to vandalise property. We shall get these thieves some day.

Then some greedy people went to court fighting for the rocks used for the project yet they had already been compensated for this land. Their aim was to stall this project. What kind of greed is that?

Even if it is your land, if government wants to do something to benefit the rest of the Ugandans, do not frustrate the work. We will pay you your worth, do not try to take advantage of your government.