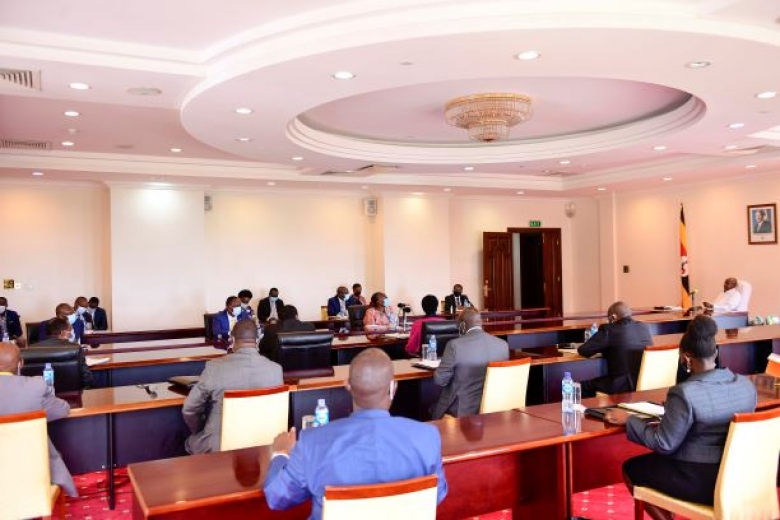 Trade irregularities between Kenya and Uganda should be eliminated using a strategic analysis as long as there is good-will between the two countries through frank discussions, President Yoweri Museveni has said.

“When we form the E.A federation, we should eliminate all the trade irregularities. The ultimate logic of integration is for the parties involved to be able to sell their products. Though we are politically fragmented, there is need for the territories to listen to each other,” he said.

The President was  meeting a Kenya delegation led by Hon.Betty C. Maina,Kenya’sCabinet Secretary, Ministry of Industrialization, Trade and Enterprise Development at State House in Entebbe. She also delivered a special message from President Uhuru Kenyatta to President Yoweri Museveni.

The meeting discussed various issues regarding Uganda's trade with Kenya following the ban on Uganda’s exports like milk in 2019 and recently maize.

President Museveni said that competition was the essence of a common market in trade, adding, in trade, a partner who cannot compete ceases.

President Museveni warned that on milk, there should never be imported powdered milk and sugar into Uganda.

On the issue of the ban of Uganda maize export by Kenya government, the Kenyan Cabinet Secretary Maina said that the problem was twofold; toxins and moisture content in the maize from Uganda.

“The maize lacked a certain level of dryness by Kenya and EA standards,” she said and recommended that the local farmers be issued with driers.

The Minister of Trade, Industry and Cooperatives Hon. Amelia Kyambadde assured the Kenya delegation that Uganda will improve on the quality of maize for export by harmonizing with the farmers saying Kenya and the other EA governments need to trade together, adding that this was very important because in a preferential market, a number of imports and exports are increasing in the E.A countries.