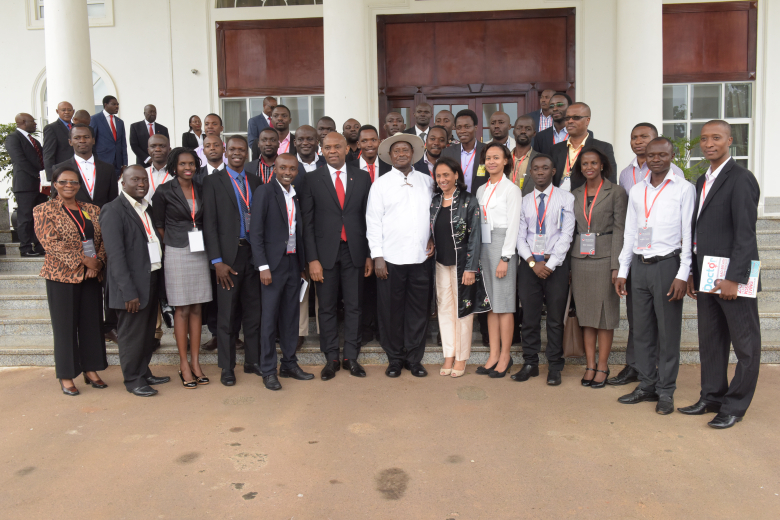 President Yoweri Museveni has emphasized that the NRM government’s plan to fully formalize the economy since 1986 was aimed at eliminating economic malpractices such smuggling of goods, foreign exchange black market operations and speculation practices in trade, which he observed, were the main obstacles to the national tax collection process.

Mr. Museveni revealed that Uganda had faced tremendous losses in the financial sector through un-cleared tax collection especially from real estates sector, telephone communication calls, money transfers, among others, because people in charge employed data data and information that is not properly coded. “Government records losses in revenue in real estate because buildings are not registered; hence untaxed because of unclear declaration,” he said.

The President informed his guests that the country prefers funding on roads’ infrastructure to help generate revenue adding that agricultural private investment opportunities in fruit processing, maize milling, among other production ventures, constitute an avenue for creation of more wealth.

“In future we shall not depend on oil resources alone though it can help us to get ready money to build general infrastructure like agriculture, industry, services and ICT,” he emphasized.