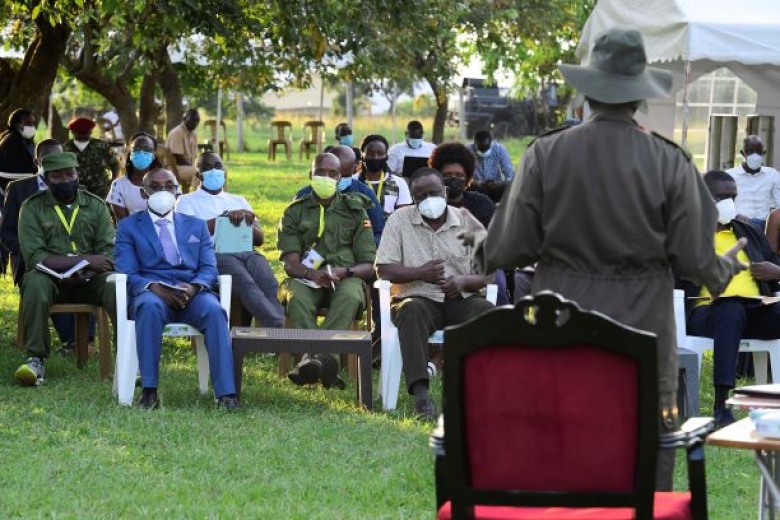 President Yoweri Museveni has urged Ugandans and Africans at large to study more deeply the historical mission of the African people and to work for the strategic security of Africa.

The President was  meeting members of a study and research group under their umbrella body Bawejjere 2012 who paid a courtesy call on him at the Kyankwanzi State Lodge in Kyankwanzi district. The President is currently attending the NRM retreat at the National Leadership Institute (NALI) in Kyankwanzi.

The study and research group, in existence since 2012, comprises of people from diverse backgrounds, who share commitment to the fundamental transformation and unity of our country, East Africa and Africa. They include leaders, activists and volunteers, legislators, corporates, civil servants, the self-employed/ entrepreneurs, among others.

The President reiterated his call for an accelerated political and economic integration of East Africa and a deeper reflection on the strategic insurance and security of Africa.

He told his guests that the integration of Africa is the only guarantor for the continents sustainable security.