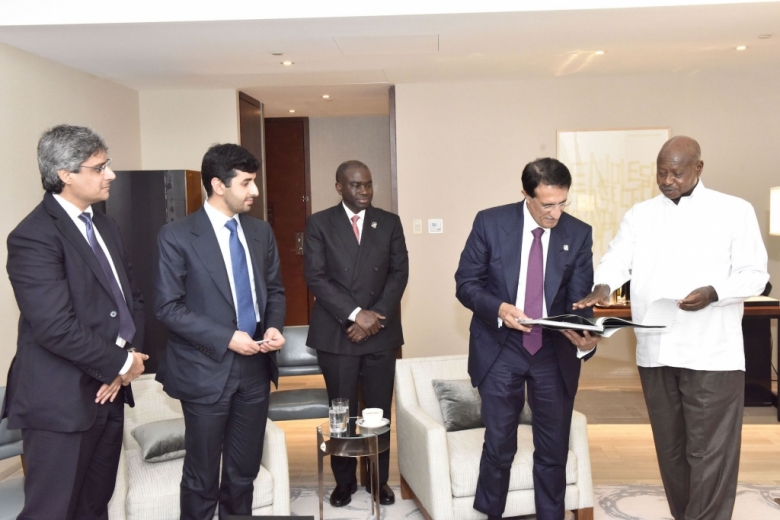 President Yoweri Kaguta Museveni has said Uganda is fast becoming a middle-income country with vast investment opportunities in agro-processing, industrialization and the service based sector.

"Uganda is moving towards becoming a fast world country based on four sectors; commercial agriculture, industries, services and ICT," he said.

The President was today meeting a delegation from Qatar Investment Fund, led by the CEO Sheikh Abdulla bin Mohammed bin Saud al-Thani at Park Hyatt Hotel at the sidelines of the UNGA in New York.

The President who is in the United States on a working visit will this week join world leaders attending the 72nd session of the United Nations General Assembly in New York.

The President said investment in the four critical areas including in ICT would promote industrialisation as Uganda moves to becoming a middle income country.

Sheikh Abdulla expressed interest to invest in infrastructure development projects in Uganda such as electricity, agro processing industries and the hospitality business.

The Qatar Investment Authority (QIA) is Qatar's state-owned holding company that is characterized as a National Wealth Fund. It specializes in domestic and foreign investment. The QIA was founded by the State of Qatar in 2005 to strengthen the country's economy by diversifying into new asset classes.