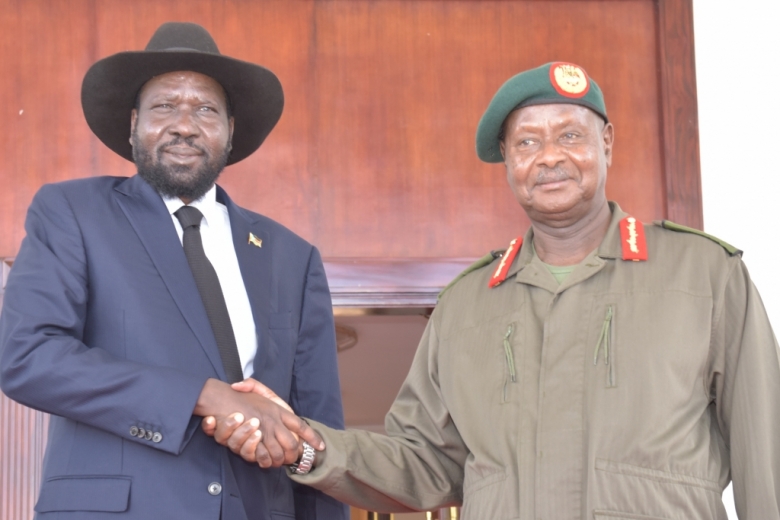 President Yoweri Museveni has this afternoon received his South Sudan counterpart, Salva Kiir and his delegation at State House, Entebbe.

The discussions were attended, among others, by South Sudan Ministers of Presidency, Hon. Mayiik  Ayii Deng, of Defence, Hon.  Kuol Manyang Juk and of Foreign Affairs, Hon. Deng Alor Kuol.