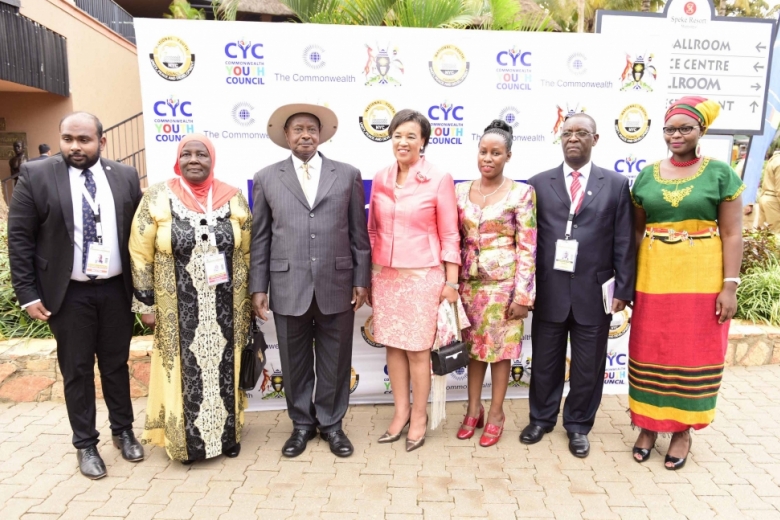 President Yoweri Museveni has opened the 9th Commonwealth Youth Ministers’ meeting at the Munyonyo Commonwealth Resort Hotel in Kampala with a call for increased trade between the Commonwealth member countries. The theme of the 4-day meeting is ‘Resourcing and Financing Youth Development and Empowering the Youth.’

The President, who also launched the consortium of Higher Education, which is set to strengthen higher education between Commonwealth member countries, said the Commonwealth ought not only to speak the same language but also support one another for prosperity through trade and investment.

“What can unite people in the world is working for common prosperity. When we talk about prosperity, we do not mean donations but trade and business. If the Commonwealth member states with surplus capital invest in those with low capital, the purchasing power would raise through increased trade,” he said.

President Museveni said the youth should focus on fundamental issues and not waste time on non-developmental matters. He urged them to be disciplined in order to achieve their goals. He cited the example of the United States of America that was built by disciplined groups like the Puritans who ran away from Europe due to religious persecution.

“You the youth should not meet here to talk about small things. The world is about big things like fair trade and investment. The youth should be talking about issues such as regional integration,” he said.He advised the youth not to confuse youth-hood with indiscipline and think that the more one is undisciplined, the more youthful one is.

“Be disciplined to achieve the minimum of what you set out to do,” he counseled adding that the youth need positive ideology to fight indiscipline.

“You do not need uniform ideology but there must be a minimum of ideological platform,” he observed. He said lack of ideology has caused youthful terrorists such as Al Shabaab in Somalia and the Islamic State in Iraq and Syria (ISIL). He called upon parents not to abandon their children but to teach them good manners.

“Parents abandon their children yet they are the people with accumulated wisdom of society. When children grow up like wild plants, they cause trouble,” he noted.

The Secretary General of the Commonwealth, Ms. Patricia Scotland, called upon the youth to bring their ideas forward to policy makers citing that it is through the youth that the world sets the gateway of commerce.

“The one way we can ensure change, is by empowering the youth to address the challenges. We need to move from talking to investing, to achieve this realization,” she said.

She commended Uganda’s policy of having five youth Members of Parliament from different regions of the country contributing to the legislation and policy making. She urged other countries to emulate the Ugandan way.

Lillian Aber of the Uganda National Youth Council said investing in young people is the surest way of protecting the world for the future.