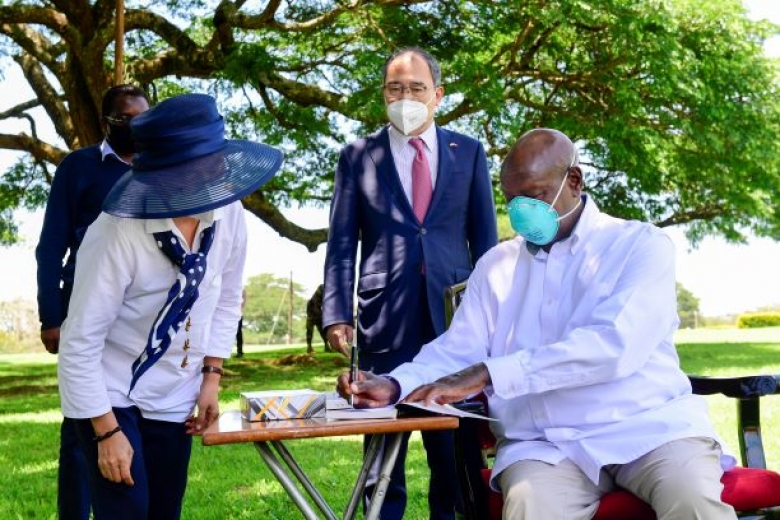 President Yoweri Museveni has saluted the Chinese Communist Party for its support towards African countries political struggle for independence and economic development.

“China has been a friend to Africa since 1950s. I congratulate Chinese Communist Party for its support towards Africa political struggle for development”, he said.

The President was saying farewell to the outgoing Chinese Ambassador to Uganda Zheng Xhuquing who paid a courtesy call on him at his Kisozi Ranch in Gomba  district.

He said that Uganda National Congress, which was a national party by 1950s and other neighbouring countries like Tanzania that were linked to China through African countries link office in Cairo-Egypt benefited a lot from China.

The President commended the Chinese ambassador for strengthening the relationships between their two countries and for maintaining high level exchanges among their peoples.

H.E Zheng Zhuqiang whose tour of duty is expected to end on April 13, 2021 told the president that he enjoyed working in Uganda and thanked the President for his support and cooperation.

“I have much love for Uganda. I thank you for the support, help and guidance you extended to me during the term of service”, he said.

Amb. Zheng organized two successful officials visists for H.E the President to China in 2018 and 2019 to attend the FOCAC Summit and the !st China-Africa Export and Import Exhibition.