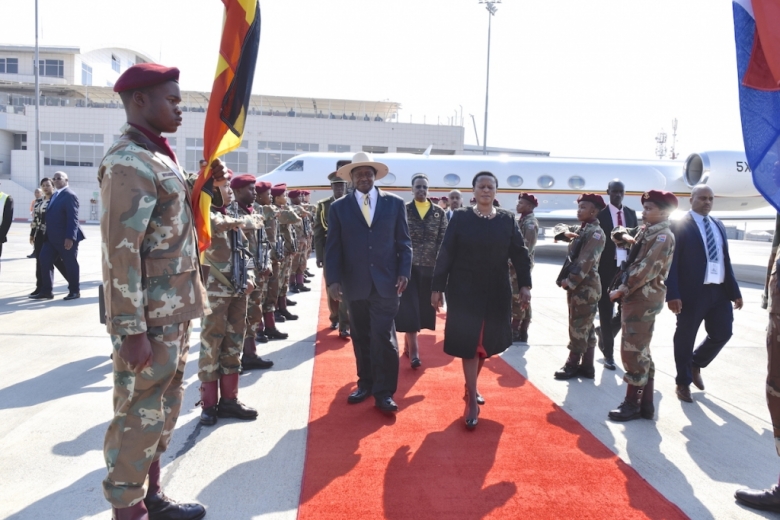 The BRICS Summit is an international relations conference attended by the heads of state or heads of government of the five member states including H.E Michel Temer of the Federative Republic of Brazil, H.E Vladimir Putin of the Russia Federation, the Hon. Prime Minister Narendra Modi of Republic of India, H.E Xi Jinping of the People’s Republic of China and H.E Cryil Ramaphosa of the Republic of South Africa.

South Africa, in its role as Chair of the 10th BRICS has chosen the theme: “BRICS in Africa: Collaboration for inclusive Growth and Shared Prosperity in the Fourth Industrial Revolution”. The Summit seeks to strengthen the relationship between BRICS member states and Africa. The BRICS leaders will tomorrow have time to interact with African leaders during the BRICS Africa Outreach on how best they can bring about “inclusive growth” and "shared prosperity”.

South Africa will remain Chair of BRICS until December 31, 2018. The 10th BRICS Summit will culminate in the adoption of the “Johannesburg declaration” which will include joint commitments for the year ahead. The next Chair will be the Republic of Brazil. South Africa has proposed the following adoption at the Summit: establishment of a working group on peacekeeping, establishment of a vaccine research center for collaboration with BRICS vaccine innovation and development partners intended to be a physical research center focused on research and development and vaccine innovation, establishment of BRICS tourism track of cooperation, leveraging the strategy for BRICS economic partnership towards the pursuit of inclusive growth and advancing the 4th industrial revolution to foster discussions to address opportunities provided by the fourth industrial revolution and establishment of a BRICS gender and women’s forum intended as a dedicated track for gender and women issues, given the economic benefit to be derived from the socio-economic empowerment of women particularly in developing countries.