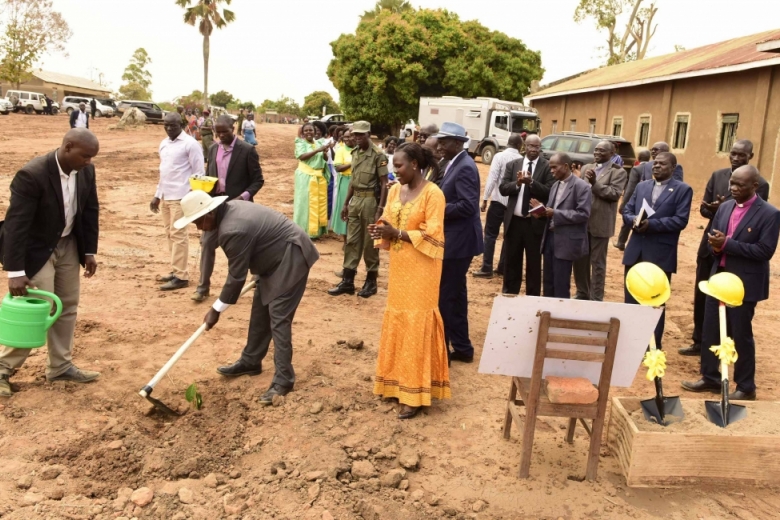 I officiated at a fundraising for the construction of St Paul’s Church in Koboko Archdeaconry, Koboko District. The church is to be built in memory of the late Archbishop Silvanus Wani. Later, I addressed the people of Koboko at Nyangailia Secondry School grounds.

In 1979, I came to Koboko as then minister of defence. The level of development was abysmal. The town had just one street. Now, I see tremendous development. There are lots of new buildings. I congratulate you for this development and urge you to continue this way.

The people of Koboko are lucky because you are right on the border with South Sudan and DRC. Use your proximity with other countries to do business.

Colonialists disorganised Africa because all these border communities share languages and cultures. That is why we Pan Africanists want to unite Africa.

Government has ensured there is peace and it will be maintained. No one can destabilise us. We have built a strong army with a national outlook. We recruit from all districts.

Apart from peace, we have worked on infrastructure. The Oraba- Kampala road is tarmacked all the way to the border with South Sudan. The Atiaka-Adjumani-Laropi-Moyo-Yumbe road is going to be tarmacked.

We have extended electricity to this region from Nyagak and soon you will be connected to the Jinja line, which has higher voltage. This should spur industrialisation.

About fundraising, this is no ordinary church. It is in memory of Archbishop Silvano Wani, who ministered over Burundi, Rwanda and Boga Zaire. I interacted with him when I was Minister of Defence, after the fall of Idi Amin. He was an honest man of God.

I thank you for building this church in his memory and salute those who have contributed. I will offer Shs500 million towards the construction and I will also support its roofing.