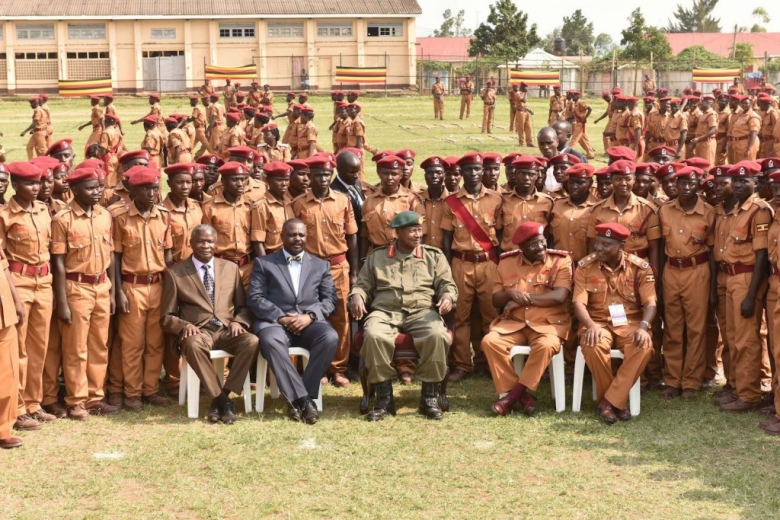 Presided over the pass out of 919 prisons officers at the Luzira Prisons Training Academy today. They included 706 warders and wardresses and 213 non-commissioned officers.

I congratulate the prisons leadership for sustaining the prisons facility over the years, since 1950. It is a nursery for new cadreship.

In the past when we didn't have such training facilities, we squandered a lot of money training abroad. We are saving a lot by doing our training here. We are now left with setting up a National Defence College.

I congratulate the Commissioner General on the new town I saw here. In the Bible, there is the Parable of the Sower, where some seeds fell on good soils and germinated.

It seems Prisons are seeds that fell on good soils. I advised them to use their own construction unit to build staff houses. They spend Shs59m on a complex of 12 units. So far, 480 units have been built. This is commendable.

On the death penalty, I have not been assenting to hanging of convicts because of my Christian background but being lenient is causing people to think they can cause harm and get away with it. I will revise my position.

To the graduands, you are going out to a tempting world. Avoid sexual promiscuity (umalaya) which could cause you to lose your life. Avoid alcohol. Don't be corrupt because you might become an inmate instead of a warder.