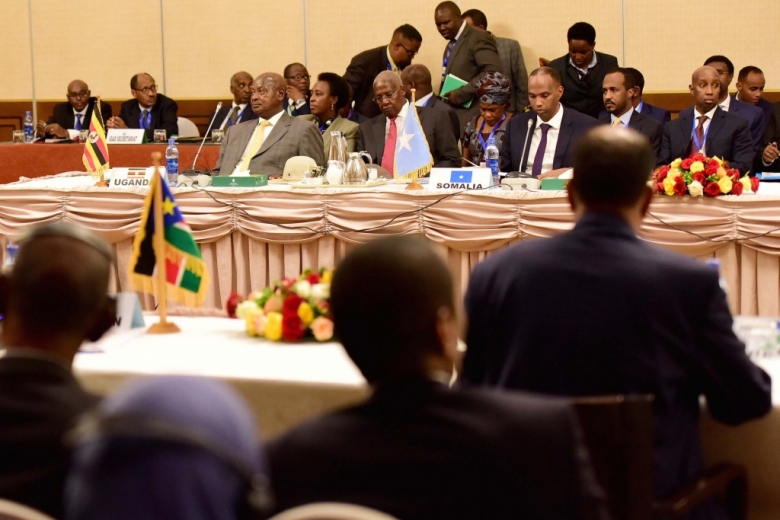 Heads of State and Government of the Inter-Governmental Authority on Development (IGAD) have challenged the Government of South Sudan to ensure strict implementation of the recently agreed ceasefire in Africa’s newest independent country.

In a communiqué issued at the end of the 31st Extra-Ordinary Summit of Heads of State of member countries of the regional economic bloc, Inter-Governmental Authority on Development (IGAD), that took place yesterday in Addis Ababa, the leaders appreciated and embraced the unilateral ceasefire declaration by the Government of President Salva Kiir of South Sudan Government. They called for strict observation and implementation of the ceasefire and also urged South Sudanese Government field commanders to respect the terms of the ceasefire adding that swift measures would be taken against its violation.

The Summit condemned, in the strongest terms, the violence that the armed conflict continues to be perpetrated by South Sudan Government forces and the armed groups in that country targeting defenseless civilians, the loss of life, the destruction of property and the resulting refugee influx to neighbouring countries as well as the swelling up of Internally Displaced People (IDPs) within South Sudan itself to over 250,000 people.

The IGAD leaders at the Summit included Presidents Yoweri Museveni, Omar Hassan al-Bashir of Sudan, Prime Minister Hailemariam Desalegn of Ethiopia, who is the current Chairman of IGAD, Prime Minister Hassan Ali Khayre of Somalia, 1st Vice-President of South Sudan, Taban Deng Gai and representatives of Heads of State of Djibouti and Kenya.

The communiqué said that the 31st Extra-Ordinary Summit had been convened because of the prevailing and continuous pathetic political situation in South Sudan; the collapse in 2015 of the Agreement on resolution of the conflict, taking into account the recent launching by President Salva Kiir of the South Sudanese national dialogue.

According to the communiqué, IGAD recent findings indicated that the economy of South Sudan has dwindled and that lack of funds had incapacitated the Government to run institutional development programmes satisfactorily.

The IGAD leaders urged the opposition groups in South Sudan to reciprocate the ceasefire call by the Government and renounce political violence in the country. The Summit strongly advised political groups in South Sudan to discuss concrete measures for the restoration of permanent ceasefire, implement the peace agreement and national dialogue with a view to paving the way for national elections scheduled for 2018.