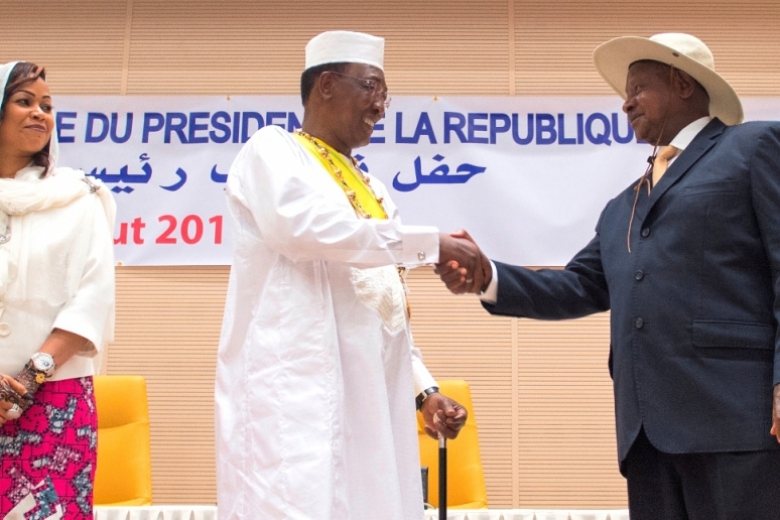 President Yoweri Museveni now in the Chadian capital N'Djamena on a two-day official visit has said Uganda is seeking to break away from the African slogan of “Producing what it does not consume and consuming what it does not produce” by exploiting its rich natural resources for its own people.

“I congratulate President Idriss Deby for his forsight of building this refinery. Some countries produce petroleum but don’t refine it. He has done the right thing, now Chad produces oil and consumes it. In Uganda, we have some oil wells and that is the route we are taking,” he said.

The President was today addressing local media during his tour of Chads Djarmaya Oil Refinery. The President was accompanied by a team of engineers from the Ministry of Energy and Mineral Development (Petroleum Directorate) led by Engineer Irene Batebe and Refinery Engineer Benjamin Ariho. He was taken around the facility by Chads Minister for Petroleum, Mines and Energy, Hon. Djérassem Le Bémadjiel. The President who was flown to the refinery by chopper said Uganda hopes to start with a refinery producing 30,000 barrels per day and later increases the capacity to 60,000 barrels per day.

Minister Djérassem Le Bémadjiel said with the refinery, his country is consuming everything they produce from oil and have nothing to spare. He said they are looking at building another refinery to produce bitumen for their roads. He said his country can now afford to use high quality cheap petroleum products.

Chad is the seventh biggest oil producer in sub-saharan Africa and it is said to produce about 180,000 barrels per day. Despite being one of the poorest countries on the continent, the landlocked central African country has since 2003 when it became an oil-producing nation seen a steady economic growth over the past decade.