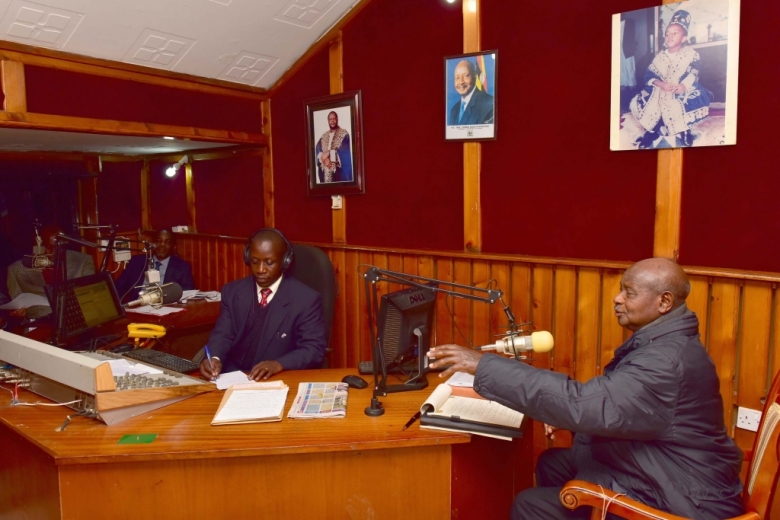 President Yoweri Museveni has assured Ugandans that no one can grab their land because all land ownership matters in Uganda were clearly resolved by the 1995 constitution and the 1998 land act and stressed that the current proposed amendment to the land law is to counter the selfish thieves that have been using the weakness within the law on compensation to fraudulently robe the country and frustrate government fundamental programs.

Speaking at Voice of Tooro in Fort Portal municipality last evening the President said that those who are propagating against the proposed amendment are the enemies of Uganda. He said that some are acting out of greed and corruption and think that once the law is amended they will not be able to cheat the country through illicit compensation claims.

The President warned that he will sue media houses and personalities that are in a habit of propagating lies and hate speech and wondered why the regulator Uganda Communication Commission was silent while media houses continue to go against the regulations.

On the security situation in the Rwenzori sub-region the President assured the people of the area that no one was capable of interrupting the existing peace in the region. He said that government was fully aware of the presence of the remnants of the Allied Democratic Forces in the Democratic Republic of Congo but said that security was on full alert to repulse them if they step on the Ugandan soil.

The President thanked the people of Rwenzori for supporting the Movement in last year’s general election and appealed to them to vigilantly participate in the upcoming LC1 election slate for November and ensure that only Movement people occupy those seats. He also asked the people of the newly created Bunyangabu district to vote for the NRM candidates in the upcoming LC5 and woman Member of Parliament elections.