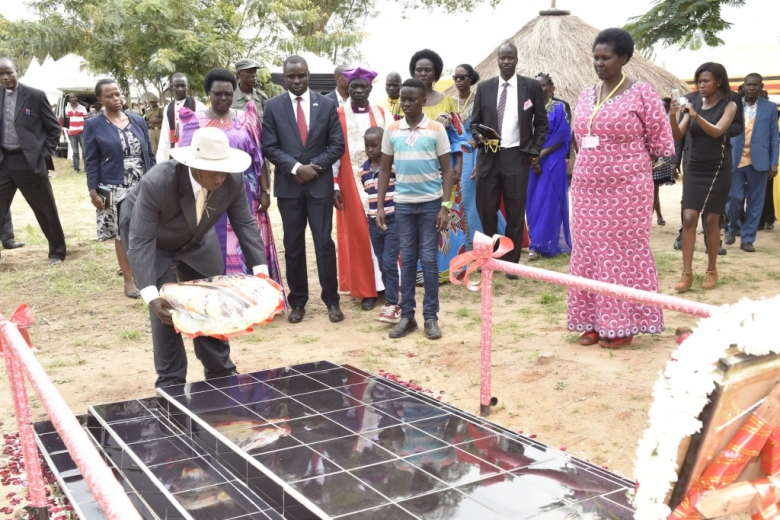 President Yoweri Museveni has called upon the government and families to remember fallen heroes. The President was today speaking at a thanksgiving ceremony to celebrate the life of the late Professor Jacob Robert Francis Aniku in Degia village, Ohoko Sub County in Lower Madi County Arua district. "My coming here is to remember Prof. Aniku. It is not correct when someone dies and is forgotten,  " President Museveni said that not remembering the dead in the Army demoralizes soldiers and that this weakens the Army.

Professor Aniku's first job was with the Ministry of Agriculture at Namalere Mechanization Unit. In 1972 he joined Makerere University as a Senior Lecturer and was promoted to Associate Professor and finally Professor in 2005. He was also one of the 284 delegates elected to the Constituent Assembly that birthed the 1966 Constitution. President Museveni cautioned the people against neglecting the girl child saying that although the late Professor Aniku had only girls, he made sure that they were educated.   "Africans do not care about girl children but that is a bad old culture which the NRM tries to educate you about. That is how we created all these positions of woman MPs,” he added.

President Museveni said that women should not be undermined because they are the second ‘God’. "God creates us but it's our mothers who carry us for the nine months. If the mother is careless and takes bad substances, you will die in the womb and your father will not save you. The culture of Africans of looking down upon women is wrong and not correct," he said.

He thanked Prof. Mondo  Kagonyera for being loyal to his late friend and not abandoning his family as in many cases, out of sight means out of mind for many people.

President Museveni gave the family 50 cows as bride price as one of his nephews married the late Professor's eldest daughter.

"I am very much directly and seriously linked to this family. My nephew, Dr. Joseph Okia, a son to my sister Dr. Violet Kajubilee, is married to Josephine Aniku," he explained.

The elders of the Aniku clan gifted the President Museveni with a bow and arrows to protect the boundaries of the country. Speaking on behalf of the family, Ms. Josephine Aniku thanked President Museveni for the financial support rendered to her family following the demise of her father and for the memorial service.