“Colonialism one of most significant disruptions to Africa’s progress” – President 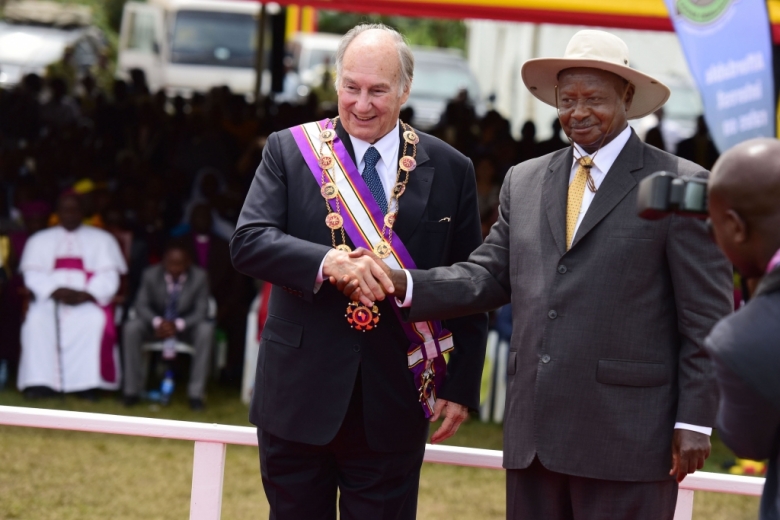 President Yoweri Museveni has said that colonization and domination of Africa by imperialist forces remains one of the most significant historical disruptions of Africa’s progress.

President Museveni, who was speaking today at the 55th Independence Day anniversary celebrations held at Bushenyi Municipal Grounds in South Western Uganda, said that by the time of colonization, Africa had made significant strides in the development of knowledge, science and technology but by the time Africans freed themselves from colonialism, crucial indigenous achievements had been lost.

“Apart from undermining the right of the Africans to self-determination, the period of colonial rule was characterized by deliberate efforts to destroy indigenous skills, knowledge and technology. Yet all civilization, the world over, has always been built around knowledge, science and technology,” he said.

The celebrations were attended by First Lady, Janet Museveni, Vice President, Edward Ssekandi, the Speaker of Parliament, Rt. Hon. Rebecca Kadaga, Prime Minister Dr. Ruhakana Rugunda and a number of senior and security officials, among others.

During the celebrations, His Highness the Aga Khan, the 49th hereditary Spiritual leader (Imam) of the Shia Ismaili Muslims, founder and Chairman of the Aga Khan Development Network (AKDN), was decorated with the most excellent order of the Pearl of Africa medal for his colossal contributions to Uganda’s development and to humanity.

The citation for the award stated that through the Agha Khan Development Network (AKDN), His Highness has made a lasting impact on the lives of thousands of Ugandans by providing access to high-quality education, health, hydroelectric power, media services (NTV, KFM, Daily Monitor, The East African), civil society, financial inclusion and hospitality (Serena Hotels).

The AKDN has a long history in Uganda spanning over 100 years in Uganda and East Africa and its activities in the country range from infrastructure projects including the Bujagali Hydroelectric Power Project, the country's first private hydroelectric power project, to a holistic early childhood education programme that operates in underprivileged communities, and from an advanced nursing studies programme to providing essential pharmaceuticals.

President Museveni noted that instead of taking time to address the reasons why Africa was colonized, such as divisions, disunity and selfishness, among Africa’s traditional leaders and chiefs, many post colonial leaders on the continent took to promoting bankrupt politics such, as sectarianism, based on religion and ethnicity.

He said that independence from the imperialists should be a significant opportunity towards self-determination and socio–economic transformation of Africa.

“We must use this occasion to remind ourselves that gaining independence from the colonialists, was not an end in itself but a means of returning Africa to the path of progress and transformation that is internally determined and driven,” he said.

He said that the theme for this year’s celebrations: ‘Uganda’s Freedom Must be Anchored in the Spirit of Hard Work, Resilience and Commitment’, should not only be relevant to our efforts towards consolidating and defending our independence but also the realization of the vision of transforming the Ugandan society from a peasant to a modern and prosperous country.

President Museveni said the NRM government has spared no effort in creating an environment that facilitates socio-economic transformation of the individual and the households and rewards hard work.  He noted that while many people have taken advantage of the environment to transform their households, the transformation would have been even faster if both the people in the Public Service and the Private Sector were more serious.

“Many people in Uganda behave like a foolish, hired shepherd who does not pay attention to livestock under their care yet looking after these livestock well is their source of a livelihood and actually survival,” he said

He criticized leaders and politicians who, in pursuit of cheap popularity, have abandoned the responsibility of guiding Ugandans to prosperity. He revealed that during his tours around the country, he has often seen young men seated in trading centers playing omweso and matatu.

He, therefore, called upon MPs, LC5 Chairpersons, RDCs and CAOs as well as other civic and community leaders to shun the pursuit of cheap popularity and promote the ethics of hard work and raise the ideological consciousness of Ugandans.

“Without doing so, the peasants will remain in subsistence agriculture where 68% of the homesteads still were by the time of the last census,” he emphasized.

On democracy, President Museveni warned against intolerance and violations against the right of freedom of expression among people with different ideas.

“Democracy is about the harmonious coexistence of contending views. A democrat is, therefore, a person who disagrees with a view but at the same time, defends the right of someone to express the view he or she does not agree with,” he said.

He warned that intolerance would be resisted in the strongest terms possible and that nobody would be allowed to undermine the security and democracy, which was bought with blood of patriots.

The occasion’s special guest, His Highness the Aga Khan, thanked President Museveni for his invitation and award.

“I am honored to celebrate the occasion of the 55th independence anniversary with you. It was inspiring to watch the National Guard matching. Although my community is small in East Africa, it is my hope that they will participate in improving the lives of Ugandans in all works of life,” he said.

President Yoweri Museveni has called on the clergy and...

President Yoweri Museveni has said since the NRM government came to power, there has...

Submit a question for the President.