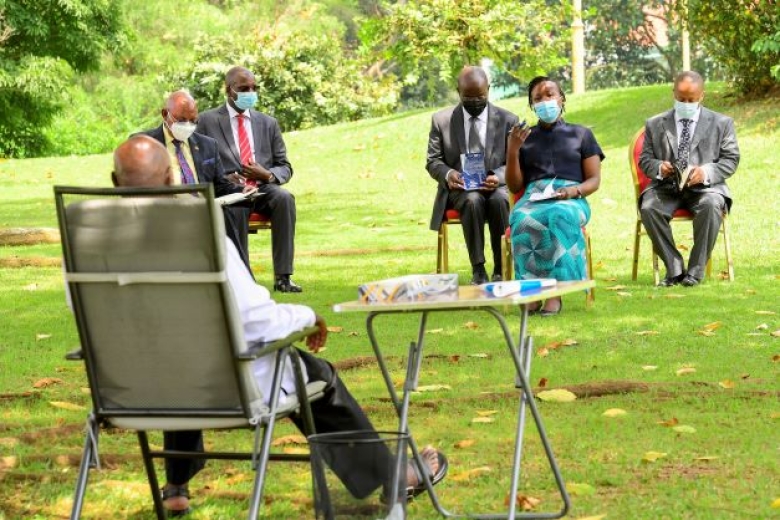 President Yoweri Kaguta Museveni has asked United Nations (UN) agencies in Uganda to focus on fighting on environmental degradation which is a big danger to human existence and development in the face of climate change.

While meeting the United Nations Resident Coordinator in Uganda, Ms. Susan Ngongi Namondo, at State House, Entebbe, Museveni gave an example of farmers in Eastern Uganda who are growing rice in swamps, an economic activity he said has a negative impact on the environment.

“We want to restore Nature but also fight environmental degradation. Help us on fish farming and wetland restoration,” Museveni said, adding that people would rather use wetlands for fish farming which is more profitable than rice growing, and yet it does not destroy the wetlands.

“I have my four fish ponds at my farm in Kawumu, giving me 68 million shillings a year,” he noted.

Ms. Namondo was seeking advice from the President on how the UN in Uganda can support the Parish Development Model under the existing structures. She hailed President Museveni for the initiative, saying it will be more effective towards ending poverty under the principle of “leaving no one behind” like the Sustainable Development Goals (SDGs) theme.

Namondo pledged to work with relevant UN agencies like World Food Program (WFP) to see how they can focus their energies towards environmental conservation by helping farmers currently misusing the wetlands.

While addressing guests at the celebrations to mark the 41st Tarehe Sita Anniversary, at Malukhu, Mbale in in Elgon region on Sunday, the President said he will be launching the Parish development Model on February 26 (this year).

“We are going to banish poverty with the parish model,” he said.

Museveni also promised to return to Eastern Uganda to engage the communities in the wise use of wetlands, which are otherwise known as swamps.