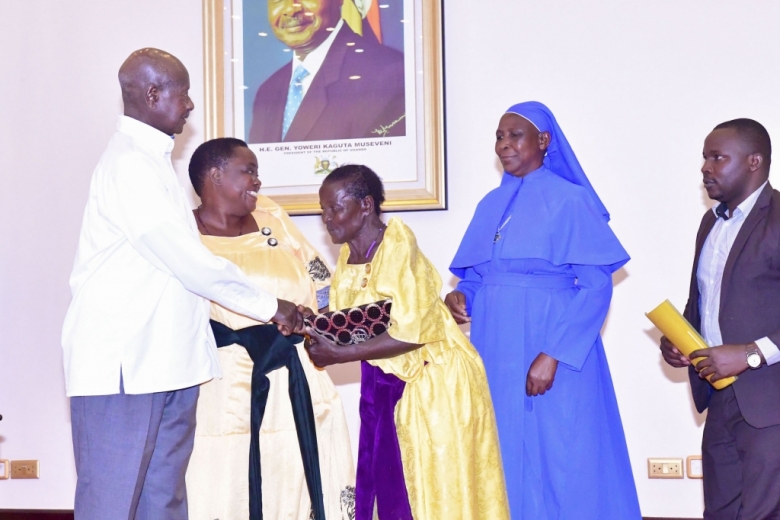 The President was speaking at the swearing-in ceremony of the newly appointed Ministers that were announced in a minor Cabinet change that he made on 14th December 2019. The ceremony took place today at State House, Entebbe.

President Museveni explained that some of the appointments and changes that he made were brought about by reports of corruption in some government ministries and departments.

The President used the occasion to caution the new Ministers not to be trapped in the cancer of corruption but rather serve Ugandans with dignity, honesty and faithfulness.

“I don’t want to hear of corruption in your Ministries. If you get an opportunity to serve Ugandans, don’t engage in corruption. Don’t be a failure to society because of greed, selfishness and arrogance,” he stressed.

President Museveni further explained that he had not made many changes in Cabinet because he was mindful of the need to have stability in many of the government Ministries on account of the on-going government works.

He revealed that the new appointments were meant to recognise the leaders who always stand and defend the masses and the plight of the ordinary people. He urged the Ministers to always stand with the masses reminding them that the National Resistance Movement is a mass Party that derives all its strength from the population.

“The National Resistance Movement is very strong and well rooted. The NRM leaders need to understand its vision and ideology, which is standing with the population and mobilising them to generate wealth. Defend the population from unfair taxation, levying of fees in UPE and USE schools and many other government programmes,” he stressed.

Mr. Museveni welcomed the youthful members who have joined the Cabinet saying he had deliberately appointed them to join the elders in Cabinet and learn from them. He prayed that they would perform their ministerial duties diligently.