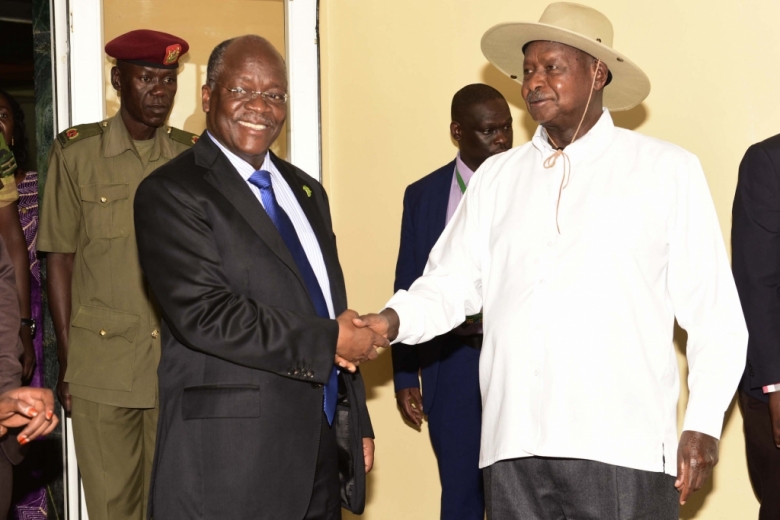 On October 25 2017, Judges Chang-ho Chung, Atoine Kesia-Mbe Mindua, and Raul C. Pangalangan of Pretrial Chamber III authorized the ICC Prosecutor to open an investigation regarding crimes within the jurisdiction of the Court legally committed in Burundi by nationals of Burundi and outside Burundi since 26 April 2015 until October 2017 instructions for investigation of the Burundi Crisis. The decision was under seal to protect victims and potential witnesses.

Speaking at a farewell meeting at Golf Lane Hotel in Masaka Municipality with President Magufuli, who concluded a 3-day State Visit today, President Museveni who is also the Chairperson of the East Africa Community (EAC) said anything that goes into disturbing peace would not be supported by the EAC.

“What we want is peace in Burundi. We had arranged that later on they would have a Peace and Reconciliation Commission that would go into all those issues after restoring peace,” he said.

President Museveni said he would also consult with other EAC leaders and send out communication to the ICC.

“We should stop these unilateral actions without consultations. Why don’t they consult us? These are our people and we have more information about the Burundi crisis,” he said.

“The situation in Burundi is not critical because the refugees have started returning home. This process will actually disturb the stability of Burundi instead of making it in the proper way,” he said.

Mr. Magufuli said that investigation would be a setback to the Summit to be held later this month by the Burundi Facilitator and former Tanzanian President, Mzee Benjamin Mkapa and President Museveni.