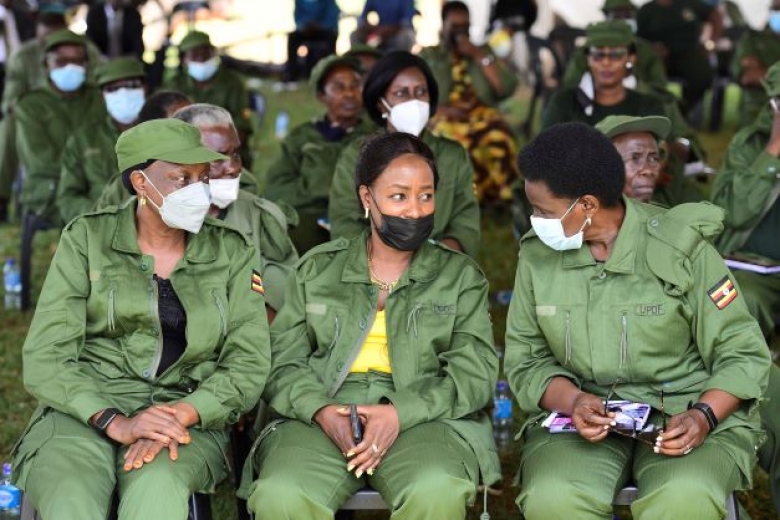 Presidential Advisors are set to play a greater role in national development and transformation after President Yoweri Museveni addressed them at their first ever orientation workshop/retreat at NALI, Kyankwanzi, yesterday afternoon with a call on them to uphold the four core principles of NRM if they are to make a contribution to national development. The workshop has been ongoing since Tuesday. The four core principles of NRM are Patriotism, Pan-Africanism, Socio-economic transformation and Democracy.

“Patriotism is “mwooyo gwa Uganda”-not “mwooya gwa ggwanga”. “Mwooyo gwa ggwanga” refers to looking at things on the basis of tribe. Be patriotic and promote a spirit that is for Uganda if you are to make a contribution,” Museveni said.

On Pan-Africanism, the President noted that African states must work together for faster economic development and strategic security.

“If you look at ADF, it is a small matter but had become big because of failure by the affected countries to work together,” Museveni said. On Socio-economic development, he said citizens must become producers and urged all not to despise locally produced goods in preference to those produced by foreigners.

On Democracy, the president noted that NRM is in power because it allowed democracy to flourish. He added that NRM would not allow anyone to misuse the democracy in place.

The president asked his advisors to put into action what they had learnt and said he would support them through the Ministry for the Presidency.

Ms. Amelia Kyambadde, the Presidential Advisor on Industry, who spoke on behalf of the group thanked the president for gracing the retreat and thanked Minister Babalanda and Kakande for the literature they were facilitated with, pledging to put it to good use.

The retreat was organized by the Presidency to help reinvigorate the group which many had for long viewed as dormant. It has been the first of its kind, bringing the group together to interact, learn, and share a moment with the appointing authority since 1986.