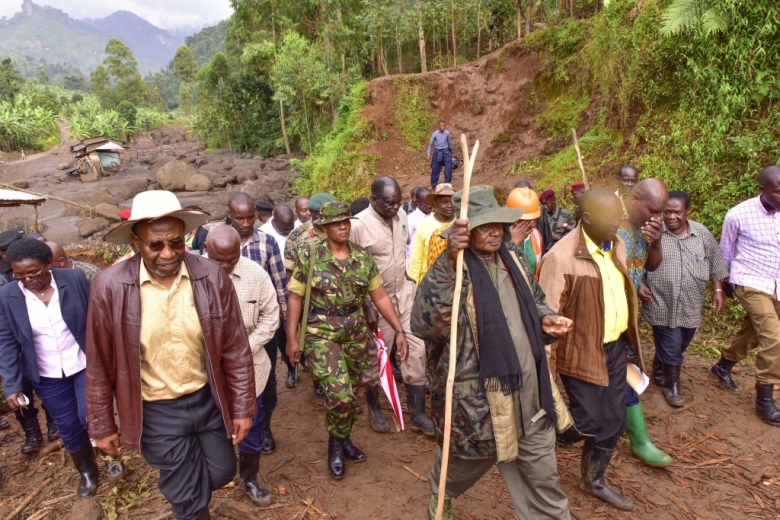 On return from London, I went to Bududa District to assess the havoc wreaked by the recent landslides and also condole with the families that lost their loved ones.

On government's behalf I apologize for the delayed resettlement of those living in landslide-prone areas to safer places, and commit that this process will be fast-tracked to avoid any further casualities.

I was let down by my people. I apologize on their behalf. A plan was made and the people had agreed to move but it seems there was lack of coordination in government. I apologise for this, we are now going to move very fast.

That said, I still caution you against tampering with nature. I have severally spoken about the dangers of cultivating on these mountainous slopes. Some of you had settled and were cultivating on river banks. We should not provoke mother nature.