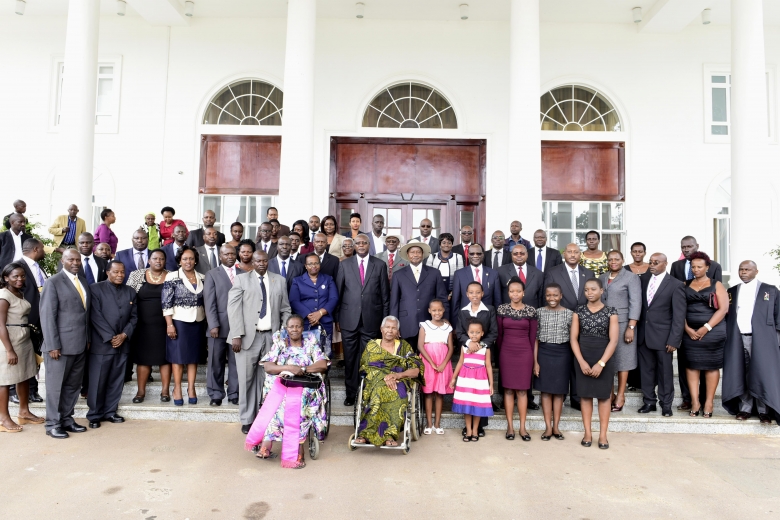 President Yoweri Museveni has today presided over the ceremony of the swearing-in of 7 newly appointed High Court Judges.

President Museveni congratulated the newly appointed Judges and the entire judiciary for the work done especially in restoring the rule of law and the power of justice in the country.

"I am very happy to have associated with you in reviving the rule of law and restoring the power of justice," he said. He noted that development in the country can not take place in the absence of justice and the rule of law.

“If there is no justice and the rule of law in the country, it can negate development and all what has been done," he observed. He called on the new judges and the Judicially in general to work hard to bring justice to the people and solve their needs.

"The needs of your people are multiple. I am a freedom fighter and a political leader and I have tried to solve the needs of the people, one of them is peace and law and order and that's where you need to come in and help the people," he urged.

Mr. Museveni commended the Chief Justice, Bart Katureebe, for the good work that is improving the judiciary. He assured the Judges that the remaining challenges and conditions of work, such as remunerations, will be worked on given the improvement in country’s financial resources.

The Chief Justice, Bart Katureebe, congratulated the new Judges and welcomed them to the judiciary, which he said, is a family of hard work to ensure the delivery of justice to the people.