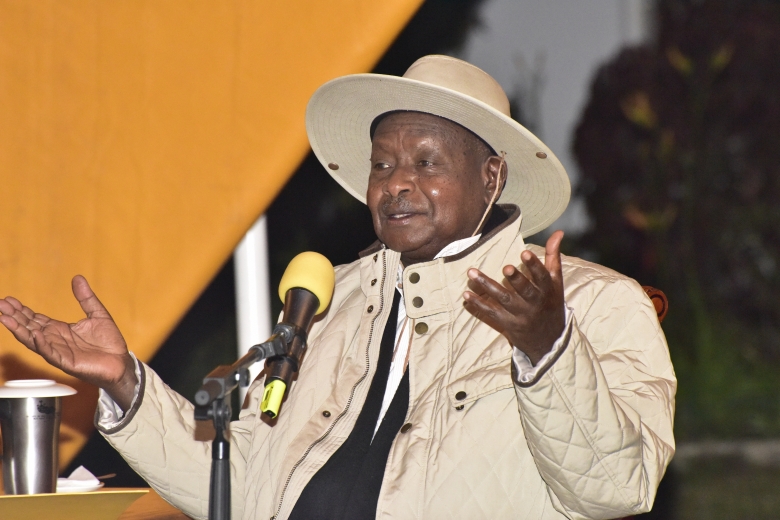 “It is politically and morally incorrect” - President Museveni

President Yoweri Museveni has rejected the Income Tax (Amendment) Bill 2016 in which Members of Parliament passed a law exempting themselves from paying tax.

He said the decision by Parliament does not promote good practice because it risks to undermine the integrity of both the Courts and Parliament.

“I do not support the decision of Parliament and am accordingly returning the Income Tax (Amendment) Bill for reconsideration by the House,” he said.

The President has now written to the Speaker of Parliament Hon. Rebecca Kadaga, detailing his reasons for rejecting the bill including the need to enhance revenue collection if we are to meet the ambition of transforming Uganda into a middle income country by 2020 as well as meeting the short term demands for infrastructure development and social services.

“The decision by Parliament to grant themselves a tax exemption status is not only injurious to our revenue effort, but it is not politically and morally correct,” he said, “pointing out that small income earners like teachers, nurses and other public employees cannot be expected to pay income tax on their consolidated meagre salaries and yet Members of Parliament who earn considerably well are exempted.”

Recently Parliament passed the Income Tax (Amendment) Bill 2016, in which it decided to amend Section 21 (1) of the Income Tax Act, Cap 340, to exempt the employment income of members of Parliament, except salary, a decision that provoked public outrage and projected government in bad light as not being sensitive to the priorities of the country and the general economic condition of the citizenry.

“As a principle, salaries for all employees were consolidated to minimise abuse which was hitherto rampant through disguise of salaries in form of allowances. This was part of our efforts to change the tax paying culture in the country and improve tax effort,” the President said, adding, “What moral authority can parliament or government have to encourage the public to comply with their tax obligations when Members of Parliament have granted themselves special status? This would tantamount to applying double standards,” he said.