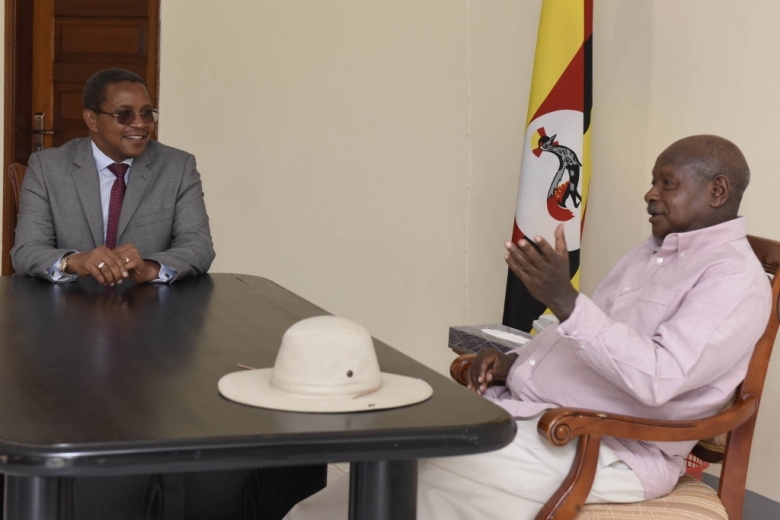 President Museveni has welcomed a report from the International Education Commission on Financing Education Opportunities. The was formed out of the Education for Development Summit held in June 2015 and is chaired by former British Prime Minister, Mr. Gordon Brown.

Presenting the report at Kisozi in Gomba district yesterday, former President of Tanzania Mr. Jakaya Mrisho Kikwete applauded the Government of Uganda for the steps so far taken, key among them the all inclusive access to education policy of UPE and USE. He said that Uganda is on the right path.

The report proposes 4 key steps to combat and work for the elimination of the bottlenecks in the education sector for lower and middle-income countries in order to catch up with the developed countries. The report enumerates the key steps as being universal access to education; improving quality of the education service such that children don't only attend but learn while in school; fostering innovation as well as advancing technology, and increasing the finance envelope for the sector in individual states.

"We need a radical transformation to be able to catch up," Kikwete said.

Reflecting on the commission's proposals, President Museveni said that Uganda is still prioritizing building infrastructure at Sub-County level throughout the country before getting to motivation of the human resource. He pointed out that the main challenge in the Ugandan case is a result of limited funds. He, therefore, welcomed the commitment to partner with Uganda in tackling the funding gap.

President Museveni tasked the Ministry of Education and Sports to prepare a report to the International Education Commission on Financing Education Opportunities clarifying the state of the sector and funding gaps with the aim of signing an agreement with the World Bank (WB) and the International Monetary Fund (IMF) in November 2017. ENDS