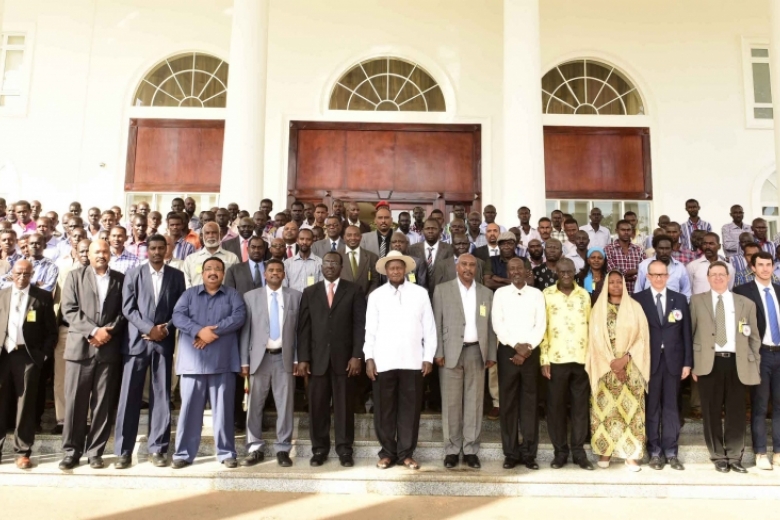 I oversaw the handover of  Prisoners of War captured by the SPLM (North) and other rebel groups fighting the Sudan government.

I came to learn of the Sudan problem in 1961 when at school and developed an even deeper appreciation when I later met John Garang at university.

I thank Gen Omar al-Bashir for allowing me to facilitate quiet talks between SPLM (North) and other fighting groups in Darfur.

It was during this dialogue that I learnt that SPLM (North) was holding prisoners from Sudan (Khartoum). We agreed that they release them as a sign of goodwill and Uganda could be used as point of release.

I am therefore happy that these young people are now free to rejoin their families, but more importantly, this is a signal that the groups want to complete talks and give peace a chance.

I thank the SPLM (North) for being magnanimous and releasing these young people. It is not only a good thing but also builds confidence.

Killing POWs is criminal and we shared this ideology with the late Garang. You don't kill someone who is captured or injured. Freedom fighters don’t do this. I am glad that the SPLM kept these prisoners and has now released them.

I thank the Red Cross for facilitating the evacuation of these people and I wish them good luck as they rejoin their families in Khartoum.