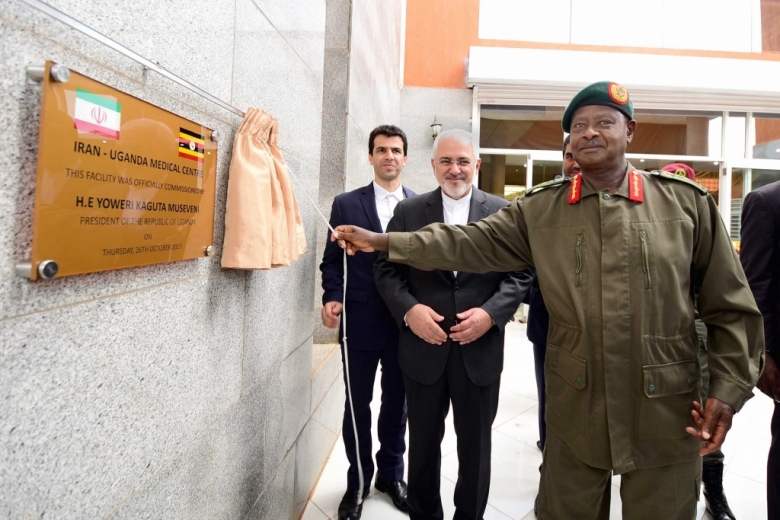 President Yoweri Museveni has praised the Islamic Republic of Iran for bringing Africa closer to their country than ever before adding that Iran offers big potential as a trade partner with the rest of the African continent.

“This is a fact, it is not an opinion and I salute you for that,” he said.

The President was this morning officially opening the state of the art medical facility at Naguru Police barracks, Nakawa Division in Kampala that will provide 24-hour services not only to the Police personnel but also to wananchi.

The 30-bed facility will provide employment to Ugandans and handle cases in the departments of General and Dental Surgery, Obstetrics, Gynecology, Pediatrics, Radiology and Laboratory services, among others.

The facility that was opened today marks the first phase of the project. The second phase is expected to involve the construction of a 500-bed hospital in Uganda.

President Museveni, however, noted that the only concern are the conflicts in the Gulf region and appealed to all those involved to end them as the area is a big potential trade partner with the rest of Africa.

“The Gulf and North Africa are our partners in trade. When they are stable and when they are prosperous, we gain and they also gain,” he observed.

The President added that the Gulf area is experiencing similar problems Uganda went through caused by religious differences. He pointed out that Uganda managed to control and eliminate those sectarian tendencies.

Mr. Museveni told the audience of his struggles as a youth against colonialism pointing out that the tri-continental alliance of Asia-Africa and Latin America that helped to fight against colonialism, should now cooperate to bring about peace in the region as well as increase prosperity among the people of their countries.

The President thanked the government of Iran for the gift of the Medical Centre and assured the Iranian government of Uganda’s readiness to continue strengthening the mutual bilateral cooperation between the two countries - Uganda and Iran - especially in the area of trade.

The Minister of Foreign Affairs, Mr. Sam Kuteesa thanked the government of the Islamic Republic of Iran for the project and adding that he looks forward to continued cooperation between the 2 countries.

The visiting Minister of Foreign Affairs of Iran, Hon. Dr. Mohammed Javad Zarif, expressed his optimism that the medical center would be the beginning of closer cooperation between Iran and Uganda in many sectors that will include Agriculture, Oil and Gas, Science and Technology as well as Banking and Investment opportunities.

The Inspector General of Police, Gen. Kale Kayihura, thanked the Iranian Foreign Minister for ensuring that the project is implemented.