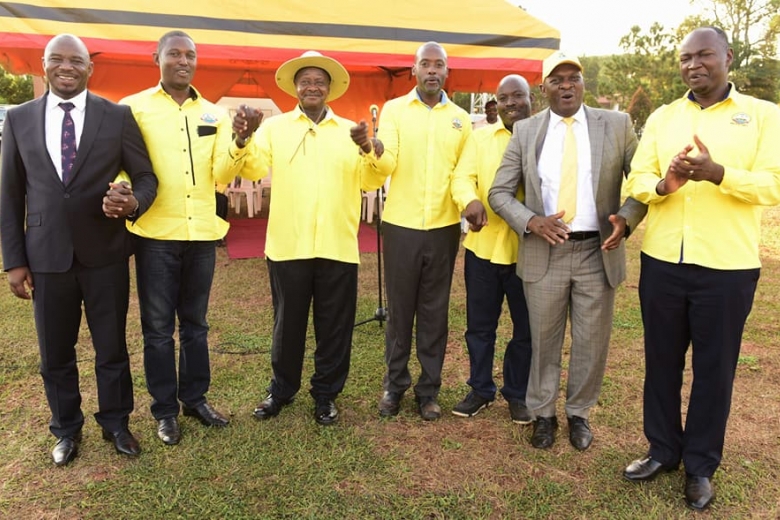 I am glad that the emerging divisions among some leaders of the party's district branch have been addressed and all groups agreed to work together.

Politics is not a joke neither is it drama. Politics is about solving people's problems. It is not about selfish gain. Politics must have goals. It should give us solutions to problems.

That is why the NRM is different from UPC or DP or Kabaka Yeka parties, that were founded on sectarian grounds. Ours is a message of unity. People should rally around ideas/issues and not personalities.

Unity also means we forgive and reconcile. If someone says I am born again, do not insist on the fact that you saw him in a shrine previously. That belongs to the past. It is why even after we defeated the Amin, Obote and Okello regimes, we incorporated their soldiers into our army.

It is also important for NRM leaders to explain to the wanainchi that Uganda is a recovering country. Thirty years ago, Uganda was a failed state. The NRM got Uganda back onto the recovery path. And as we recover, we may not do everything we want to do but we prioritize.

We are a very peaceful country now. The claims by some elements of the Opposition in Jinja that there will be bloodshed ahead of the Jinja East parliamentary by-election is laughable. That cannot happen. It will not be allowed.

On wealth creation, I encourage the public to form small groups to benefit from the youth and women funds.

Unfortunately, most members of the Opposition do not want to see these initiatives succeed. They oppose them so that they fail the NRM. It is why you should shun the opposition.