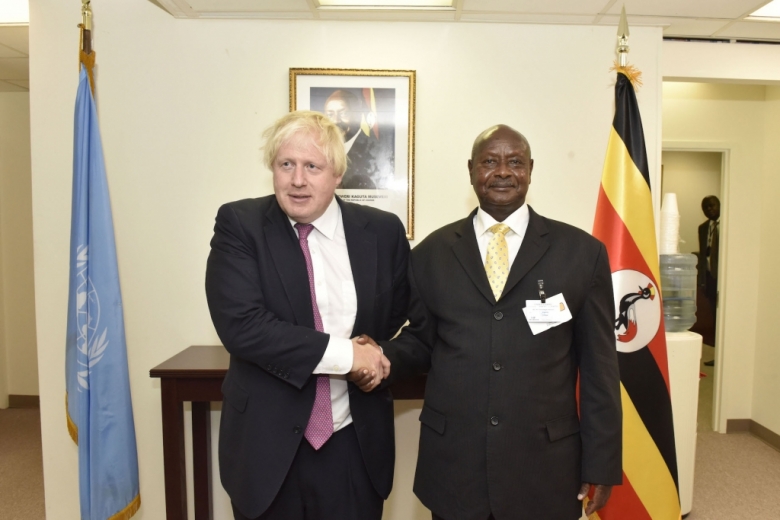 President Yoweri Museveni has held candid talks with the United Kingdoms Foreign Secretary Boris Johnson on the situation in Somalia, South Sudan and Burundi, telling him there must be a more serious concerted effort to flush out and stop Al-Shabaab militants from Somalia and called for the strengthening of AMISOM through provision of more equipment and personnel to finish the job.

Uganda was the first country to deploy in Somalia in 2007, under AMISOM. Together with other Troop Contributing Countries (TCCs), they have made significant contribution to peace and stability in Somalia, providing a conducive environment for social and economic development of Somalia. Sporadic attacks by militants however threaten to reverse the peace gains.

On the situation in South Sudan, the President said regional leaders are involved in a flurry of activities to reconcile factions in the South Sudan conflict to stop the suffering and stem the flow of refugees to neighbouring countries.

According to the UNHCR, over the past 12 months, an average of 1,800 South Sudanese have been arriving in Uganda every day. In addition to the million there, a million or even more South Sudanese refugees are being hosted by Sudan, Ethiopia, Kenya, Democratic Republic of the Congo and Central African Republic.

President Museveni said they are working on efforts to ensure unification in Burundi.