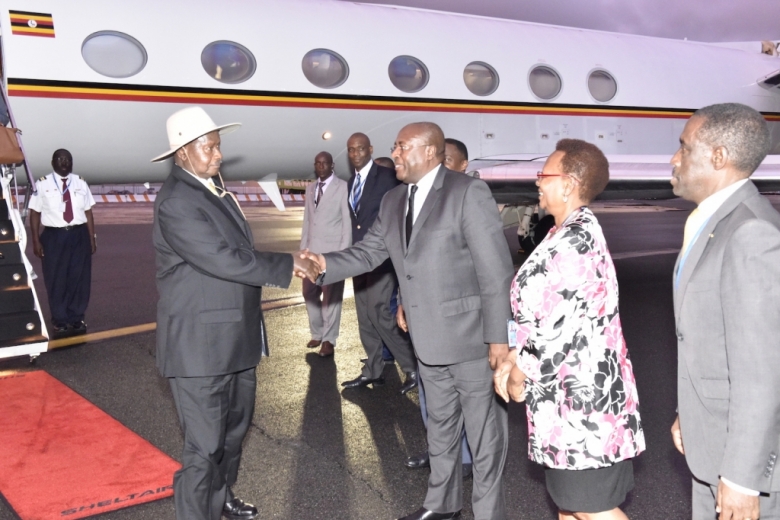 President Yoweri Museveni has arrived in New York for the 71st United Nations General Assembly currently taking place at the United Nations Headquarters under the theme “The Sustainable Development Goals: a Universal Push to Transform our World."

The President, who was received at the J F Kennedy International Airport yesterday by Uganda’s Permanent Representative to the United Nations, Dr. Richard Nduhuura and Uganda’s Ambassador to the United States Oliver Wonekha, is accompanied by the First Lady and Minister for Education and Sports, Hon. Janet Museveni.

The United Nations General Assembly takes place every year at this time and convenes leaders from around the world; from Heads of State and Government to corporations, to advance solutions to today’s global challenges.

The Assembly is expected to, among others, discuss key issues including the question of refugees, climate change, progress made on the sustainable development goals, strengthening global health and advancing gender equality.

The President is today expected to deliver a keynote address at the East African Community Heads of State and Chief Executive Officers’ roundtable hosted by the United States Secretary of Commerce, Penny Pritzker.