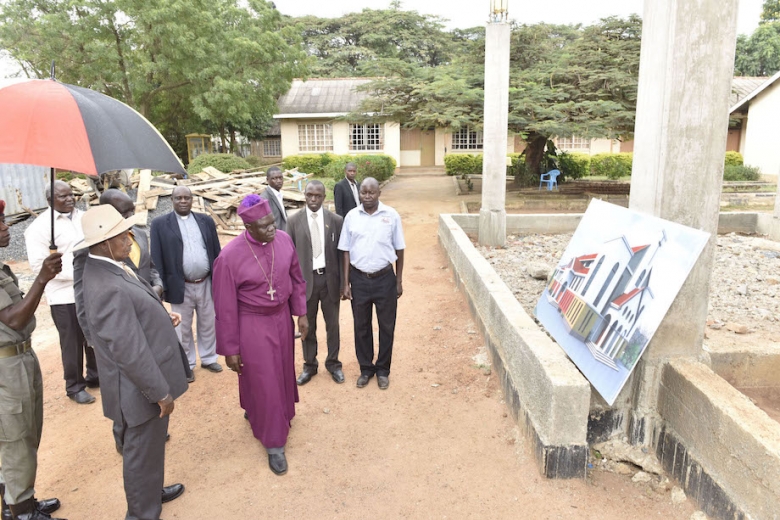 During the fundraising drive presided over by the President yesterday in Soroti Sports Grounds, Soroti Municipality, over Shs.600 million was realized both in cash and pledges. The fundraising drive aims at building an expanded cathedral structure that is capable of sitting 25,000 people. The construction project, on completion, is expected to cost Shs.3 billion.

Mr. Museveni had earlier been conducted on a tour of the site by the Bishop of Soroti Diocese, the Rt. Rev. George William Erwau, witnessed the on-going construction works.

The present Cathedral that was built in 1961, has a sitting capacity of 500 people. It serves as seat of Soroti Diocese and takes care of Church of Uganda Christians in the entire Teso Sub-Region.

Captain Mike Mukula, the National Resistance Movement Vice Chairperson for Eastern Uganda, who heads the fundraising drive, described the 56-year old diocesan institution as a big symbol of unity in the region which, he said, has also greatly contributed to the development of Teso Sub-Region. He appeals to everybody to generously support the fundraising campaign.