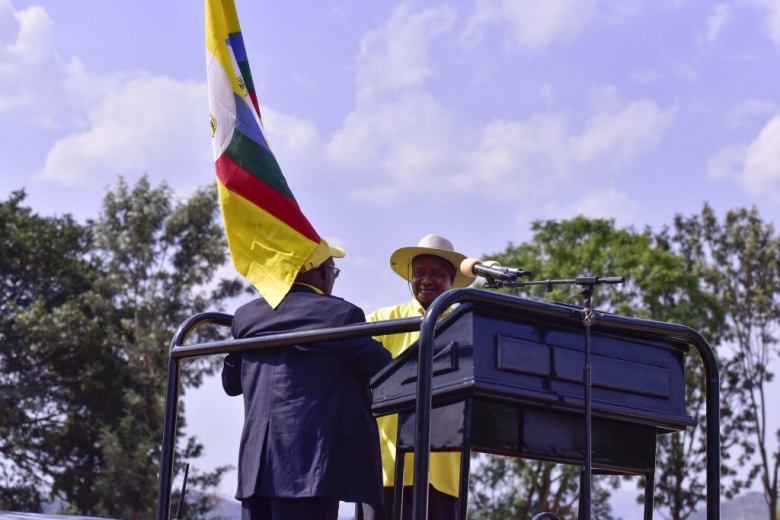 Campaigned for NRM parliamentary and mayoral flagbearers in the new municipalities of Ibanda and Sheema ahead of elections on July 27th.

For Ibanda, we tarmacked the road to Mbarara, which government will repair since it has now begun breaking down. Another road built is the Lyantonde- Ibanda-Kamwengye- Fòrt Portal one.

The government is resolving the water problem in Ibanda with undertakings like the Kabingo mini solar water project and the Rwenkobwa and Ishongorero water projects.

Areas like Kakindo, Nakasero, Nyakatookye, Kigarama, among others will soon be connected to the national electricity grid.

The bottom line is that the country is doing well on the development front. What is critical now is to work towards wealth creation at individual levels.

The NRM government has ensured there is peace and stability. We are now investing in infrastructure and improving the investment environment. People should take advantage of this to work towards wealth creation.

I appeal to those who lost in the NRM primaries to give the flagbearers a chance. You will have another opportunity at the next election. Let us not divide the NRM vote.

The race for the newly created Ibanda Municipality Member of Parliament seat has attracted candidates contesting on the NRM, Independent and FDC tickets. Mr. Rwaburindore Bishanga Tarsis is the NRM candidate while Agaba Peter is on the Independent card.