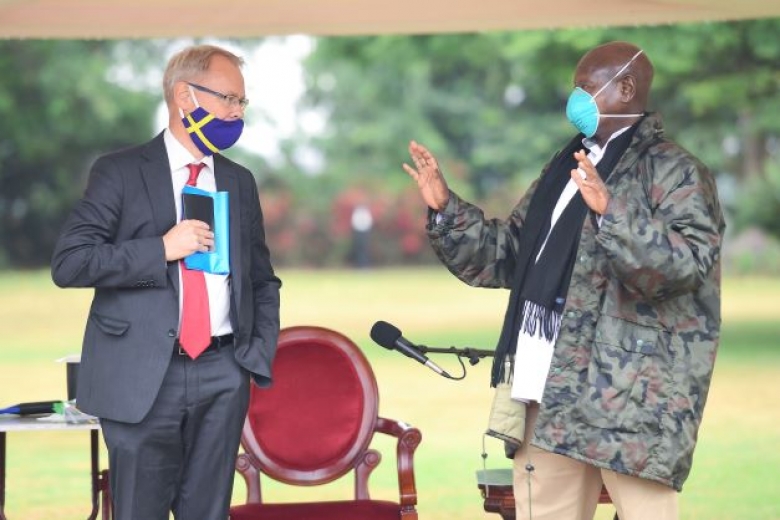 President Yoweri Museveni has bid farewell to the outgoing Swedish Ambassador, H.E Per Lindgarde, who has concluded his tour of duty in Uganda.

Ambasador Per Lindgard, who paid a courtesy call on President Museveni at State House Entebbe, thanked him for the wonderful time he has had in the country.

“It has been a pleasure working in Uganda, we had a wonderful time here, adding that the historical ties between Sweden and Uganda  enriched this cooperation .

President Museveni commended the outgoing Ambassador for strengthening ties between Sweden and Uganda and wished him good luck in his new posting.

The meeting was also attended by the Foreign Affairs Minister Hon. Jeje Odongo.