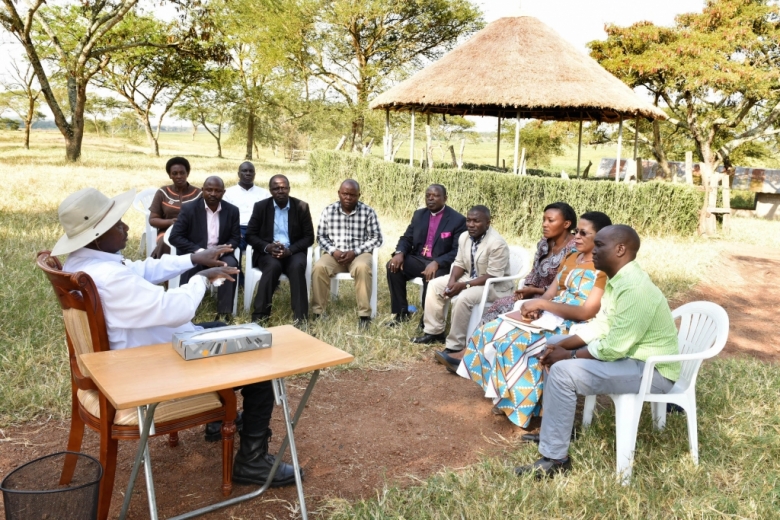 President Yoweri Museveni has warned opportunists who are bent on taking advantage of the situation in Kasese district with the intention of extorting money and give false information to the Police.

“I want to discourage opportunists who are taking advantage of this situation to create stampede, frame their friends and extort money. I want to warn them that it is illegal. It is a crime to give false information to government officers. It is also a crime to extort money and to blackmail. They should let the Police do its work professionally and truthfully and not by any falsehood,” he said.

President Museveni was meeting some political leaders from Kasese district, led by Kasese district Woman Member of Parliament and Leader of the Opposition in Parliament, Hon. Winnie Kiiza, who called on him last evening at his farm in Kisozi in the Central Region’s district of Gomba.

The President said that he would continue discussing more issues concerning Kasese district with the political leaders.

“I have met some of the political leaders from Kasese district and the Bishop of Ruwenzori Diocese. We have discussed issues and we have agreed to continue meeting to discuss further more issues,” he said.