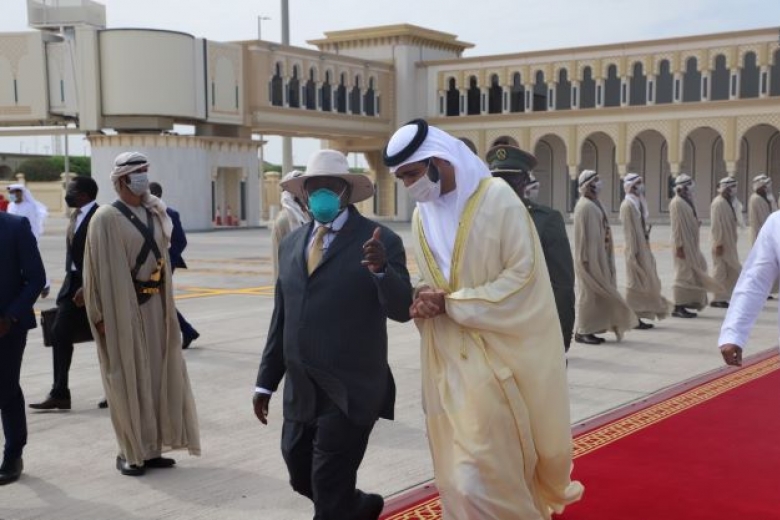 President Yoweri Museveni is due in the Ethiopian Capital Addis Ababa today for the swearing in ceremony of Prime Minister Abiy Ahmed for a new five-year term in office.

The swearing-in ceremony is being held as part of the first day of the Ethiopian House of Peoples' Representatives (HoPR)'s new five-year term.

Ahmed was first appointed as the country's prime minister in April 2018.

The President left Abu Dhabi earlier after a 3-day working visit during which he presided over the celebrations of Uganda National Day at the Dubai Expo 2020 in Dubai, United Arab Emirates.

The President also met and held bilateral discussions with the Crown Prince and leader of Abu Dhabi and also met the leader of Dubai in addition to meeting and wooing prospective investors.

At Abu Dhabi International Airport, President Museveni was seen off by H.E Sheikh Shakhbout Nahyan Al-Nahyan the Minister of State in the Ministry of Foreign Affairs and International cooperation of UAE in charge of Africa.

Others at the Airport to see off the president were; H.E Abdulla Alshamsi the UAE Ambassador to Uganda, The Foreign Affairs Minister Hon. Gen. JJ Odongo, The Ugandan Ambassador to UAE Mr. Zaake Kibedi among others.