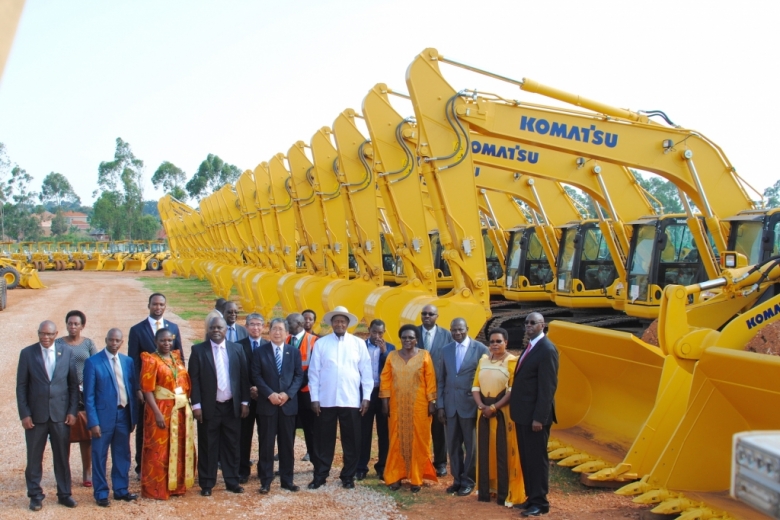 President Yoweri Museveni has warned that the whole country is facing procurement chaos because the process benefits those bent on making money and not the country. He said huge resources are wasted in claims of procurement.

“The NRM government emphasizes quality and uniformity. Don’t buy Pajero here, Nissan there… how will you maintain them? Why not get one reliable partner to maintain and also get credit. What is the nature of your fleet of vehicles? This is how government vehicles end up in private garages. Government garages are not there anymore,” he said.

He said procuring equipment from one source ensures quality and uniformity and maintenance is easy.

The President re-echoed his concern over more imports in the country that have turned it into a supermarket saying there should be no more imports of commodities that the country can economically produce.

“We shall trade in areas which we can not produce economically. This is vertical integration, from the garden to the table, from the field to clothing, Uganda should be able to do that,” he said.

President Museveni said he decided to negotiate a procurement deal with the Prime Minister of Japan after government realized that previous equipment procured from China easily broke down. In 2014, President Museveni then initiated the idea of procurement with Eiji Inui, then JICAs Director-General for Africa Department.

He however advised that the Chinese equipment should be rehabilitated and used alongside the new Komatsu equipment from Japan.

“Since am not a businessman looking for tenders and njawulo, I was convinced that acquiring equipment from Japan on a large scale was viable. There is somebody called a chief engineer who is supposed to help avoid this meandering. I don’t need consultation fees or commission. My commission is God. He will reward me,” he said.

The President warned that there should be no more tenders at the districts for road construction and that maintenance must be force on account (be done by staff of the ministry). He said all districts will receive a full unit of equipment. The bulldozer valued at Shs 900million and excavator valued at Shs 850million will be based at the regional level including in all the three colonial zones of Mengo, Masaka and Mubende.

The Minister of Works and Transport Hon. Monica Azuba Ntege said 1151 pieces of road equipment was procured for all the 121 district local governments including the six newly created districts that will come into force in July 2017. Each district will receive one motor grader, one wheel loader, one vibro roller, one water bowser and two dump trucks worth Shs 2.7billion. Equipment will also be given to UNRA, KCCA, UPDF, the Ministry force account units and Zonal centers.

The equipment was procured using a loan that was secured from the Japan Bank for International Cooperation and counter-funding by the government of Uganda.

The equipment is fitted with a KOMTRAX system to help monitor fuel usage, engine operation and tracking the equipment’s location to curb abuse.

The Ambassador of Japan to Uganda H.E Kazuaki Kameda said the success of the equipment depends on maintenance and regular check-ups.

“My experiences show that a small number of machines have either broken down or have been abandoned because of no proper maintenance. Road construction equipment used under rough conditions requires an effective maintenance strategy,” he said.