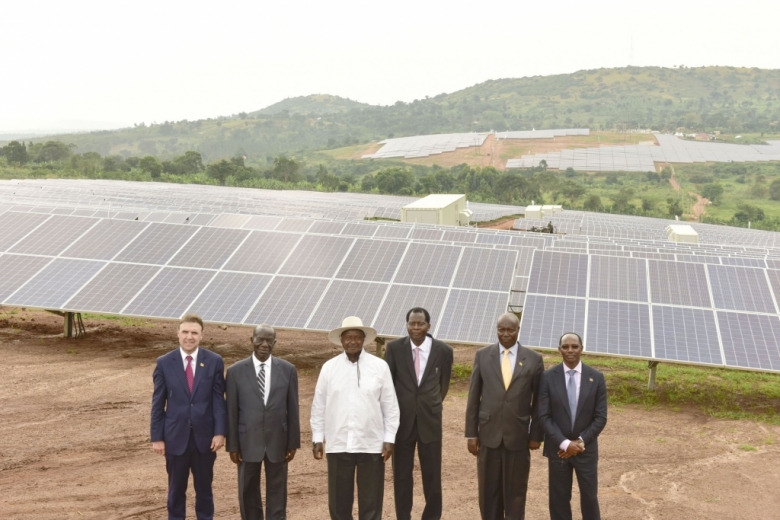 Commissioned a pilot solar power park at Kabulasoke in Gomba District. This is the first of five solar power parks that the Xsabo Group intends to set up. The others will be in Kasese, Lira, Mubende and Soroti, all generating a total of 150MW.

It s written in the bible that you reap what you sow. For investors like Dr David Alobo and the Xsabo Group, to come and set up such a facility in far-flung Kabulasoke, is proof that the NRM is delivering. We sowed peace and unity, and these conditions have attracted such investments.

However, like I keep saying, such investments will not put money in your pockets, they simply facilitate you to engage in activities that bring income to your homes.

Excuses like lack of electricity is holding us back should not be advanced. Even without electricity you can engage in piggery or some other commercial farming venture. Electricity is not critical to the survival of pigs.

I want to thank Dr Alobo ( a Ugandan living in Germany) for linking up with this group and bringing this investment here. I thank His Excellency Edward Ssekandi who spearheaded and encouraged these investors to set up this project in Kabulasoke.

I also  thank the people of Kabulasoke for hosting the project.