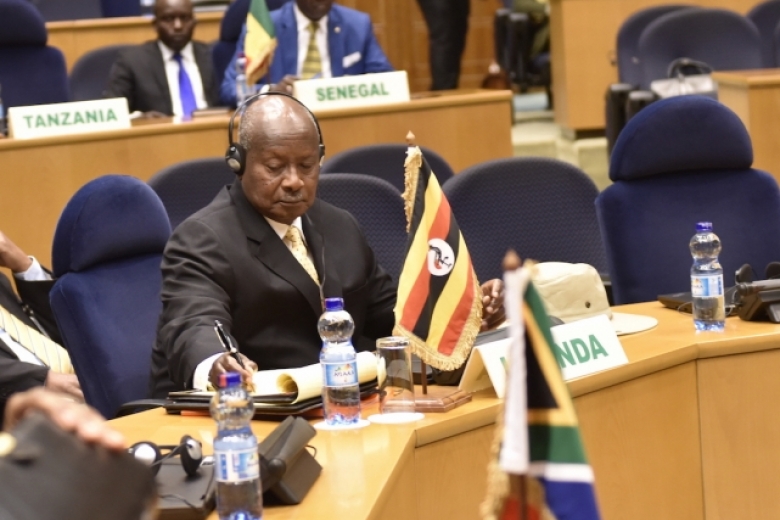 The Summit that was held under the Chairmanship of the President of Chad Mr. Idris Deby who is also the current Chairman of the African Union, reiterated their commitment to ACIRC, including the commitment they made for immediate response to crises in Africa.

They also agreed that the ACIRC initiative remains relevant for Africa's rapid deployment and as transition to the full operationalization of the African Stand-by Force.

While in Addis Ababa, President Museveni received the South African President Mr. Jacob Zuma who called on him at his Sheraton residence. The two leaders discussed issues of regional peace. They also discussed other matters of mutual interest between the two countries.

The President was later seen off at Bole International Airport by the Ethiopian Chief of Protocol, Mr. Mesfin Mideksa, the Minister of State for Regional Affairs, Mr. Philemon Mateke, Uganda's Ambassador to Ethiopia and the African Union Commission, Mr. Mull Katende, the Military Attaché in Addis Ababa Brig. Sam Kiwanuka and other Embassy Officials. ENDS