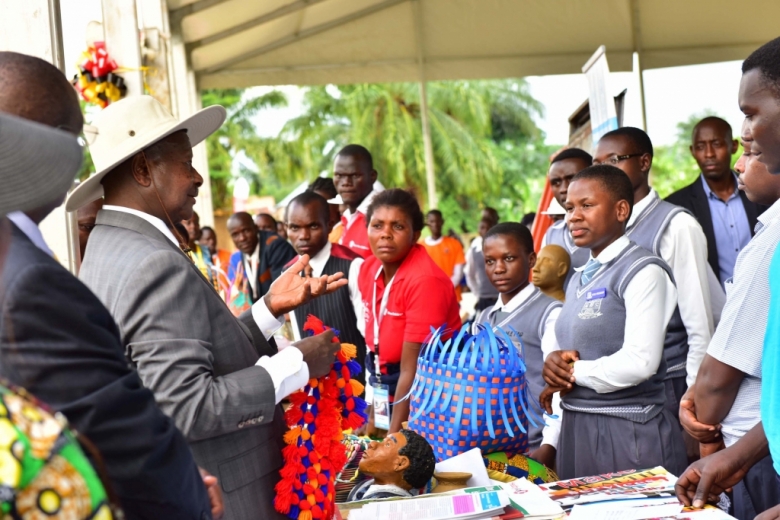 President Yoweri Kaguta Museveni urged the youth to get acquainted with the government budgeting process. This he said while presiding over the International Youth day celebrations held at Bubukwanga Primary School grounds in Bundibugyo district.

"Youth leaders need to get acquitted with budgeting, because it’s through this process that we are able to put more money in roads and electricity.

He added, “We now spend more than UGX. 3000Bn on roads and I can confidently say that we have archived minimum economic recovery.”

The International Youth Day is a global event, celebrated annually on August 12th to recognize efforts of the government in enhancing the widespread response to young people`s needs. It also aims, to promote ways to engage the youth in becoming more actively involved in making positive contributions to their countries and communities.

At the celebrations President Museveni explained,  that  despite government collecting more revenue now than before, there is need to budget by the book.

"The youth should use their numbers to pressurize and engage their MPs to budget properly and prioritize three areas; peace, job creation, electricity and roads/ infrastructure,” the President said.

Mr. Museveni emphasized that through an appropriate budgeting process in the past, peace, electricity and road construction were achieved, “we should budget more for development and not consumption.”

His Excellency cited the contribution of peace to the recovery of cocoa in Bundibugyo, a region that heaped loads praise for its high production of the cash crop.

“All these cocoa plantations had been abandoned because of unrest, however we restored peace, and cocoa production is now on the increase. There cannot be development without peace,” Museveni said.

President Museveni commended the people of Bundibugyo for protecting the environment and asked the youth country wide to help join in the conservation drive.

In his closing remarks President Museveni expressed gratitude to the people of Bundibugyo for being hard working and by hosting the global showpiece; their traits have been shared accordingly.