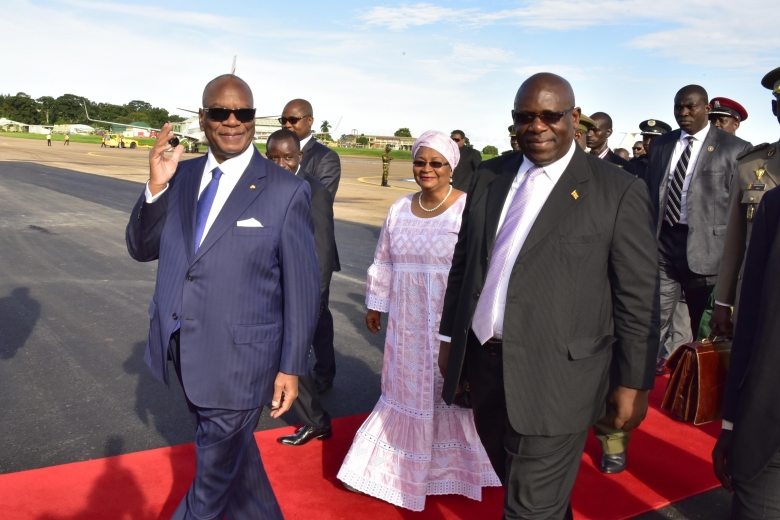 A number of leaders arrived in Uganda today to attend the ceremony of the swearing-in of President elect, Mr. Yoweri Museveni. The ceremony is slated to take place tomorrow at Kololo Independence ceremonial grounds in Kampala.

The new Tanzanian President, Mr. John Magufuli, who jetted in this morning, was later received by President Yoweri Museveni at State House, Entebbe.

President Magufuli, who is in the country for the first time since his inauguration in November 2015, inspected a guard of honour at State House, Entebbe, and entertained to traditional dances before he signed in the visitors book that was later followed by brief meeting with his host.

President Mohamadou Issoufou of Niger, was also received b President Museveni at State House, Entebbe. The 2 leaders discussed bilateral issues between their 2 countries Niger and Uganda. Mr. Museveni thanked himthe leader of Niger for responding to his invitation to attend the ceremony of his inauguration tomorrow at Kololo.

President Ibrahim Keita Boubabacar of Mali, who was accompanied by his wife, was also received at State House, Entebbe.